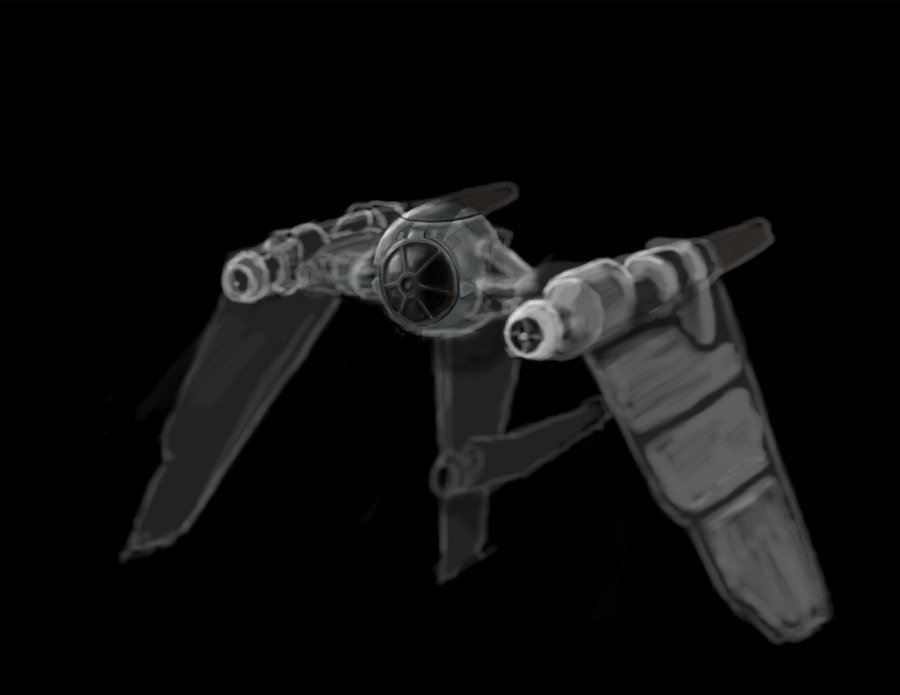 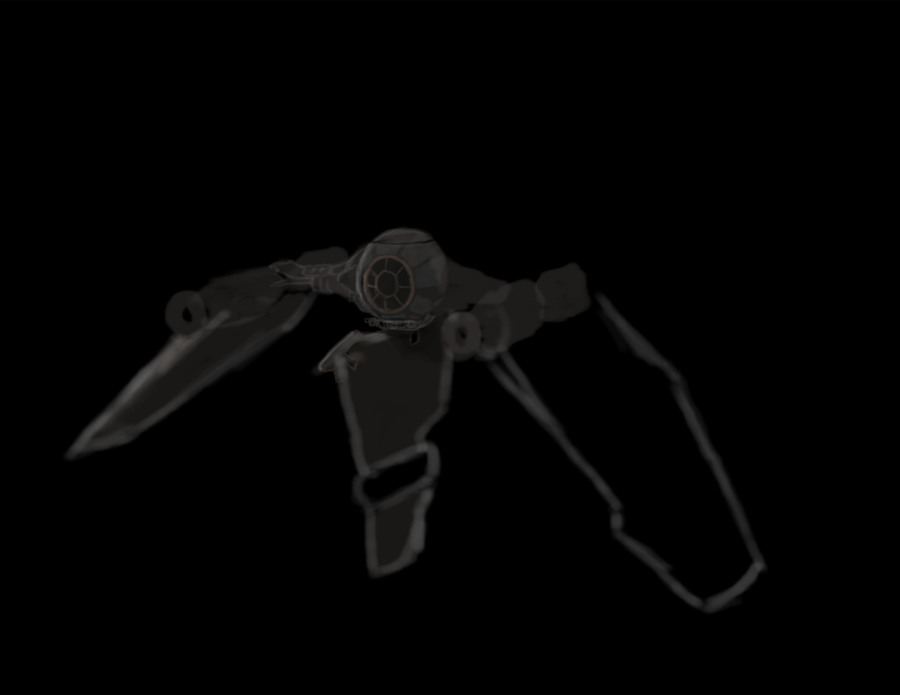 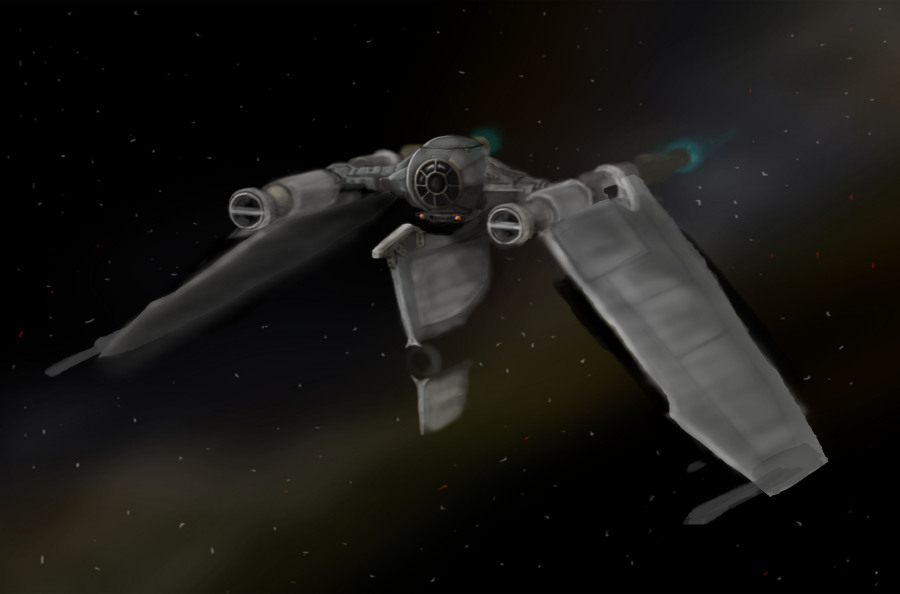 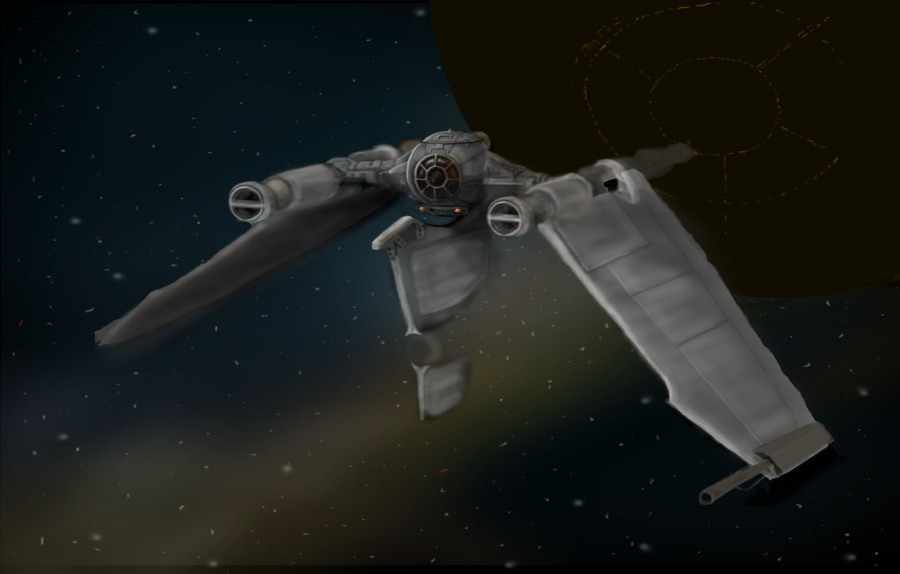 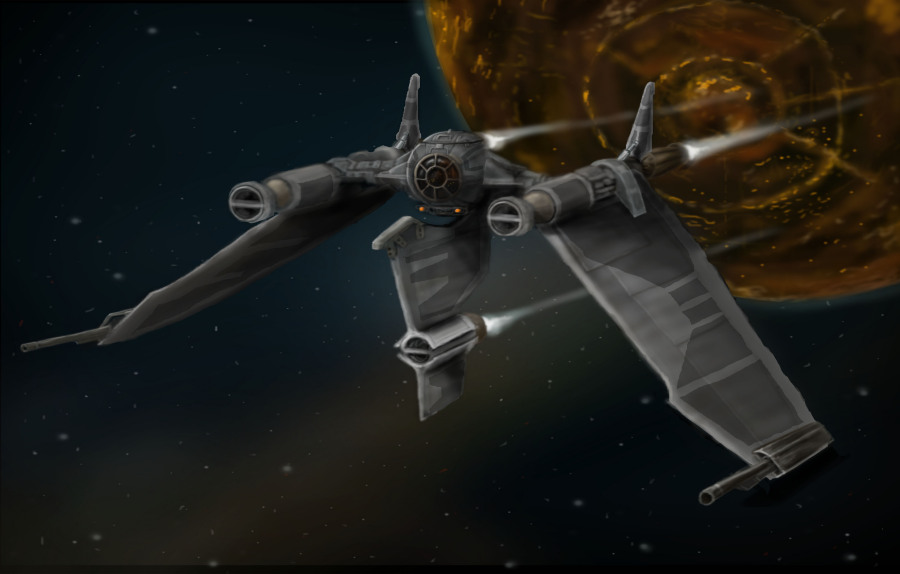 Started out and said oh cool.Draw,draw,draw...wait, l'me look...oh no...and re-do. Like the newer one better but may incorporate some from the first.

May be a bit to tall....need to work on the size transfer.

This looks awesome! I'm looking forward to seeing the finished piece.
Thanks for picking up my request.

Awesome start. I'm jealous that I didn't get a hold of this one, but I know you will do it justice.

I bet the requester wouldn't mind another version. You do the technical one and I'll finish the "artsy Fartsy" version...lol

I won't mind having two versions of this, but it's really up to Casca since he picked this up first.

I wouldn't get mad or nothing like that...it's cool to see other styles on something like this.

heh, maybe if I have any free time and can finish the request I'm on

Czethros, will you be the laser cannons on the TIE as well as the lasers of the V-19? Or will the mechanich choose to add either missile launchers or shield generators thanks to the extra space? With what I know of the TIE, if you were to remove the laser cannon mounts from the 'chin' and use that space for either a shield generator or a small missile launcher you could in theory increase the effectiveness of the fighter in space combat.

As i understood him he'll use the tie's chin cannons as well as the souped-up and linked V-19 wing cannons. He has talked about adding in some shielding when/if he finds working shield generator packages though, but that's for a later date.

Right now it's just tie cannons + wing cannons with options to either shoot them in a 2+3 burst or all together.

I only ask because I see great potential for this craft as both a patrol/defense craft as well as a heavy assault craft like a B-wing or even a Morningstar.

Also, if the laser cannons of either the TIE or V-19 were replaced with Ion cannons then it would make for a suitable pirate or pursuit fighter.