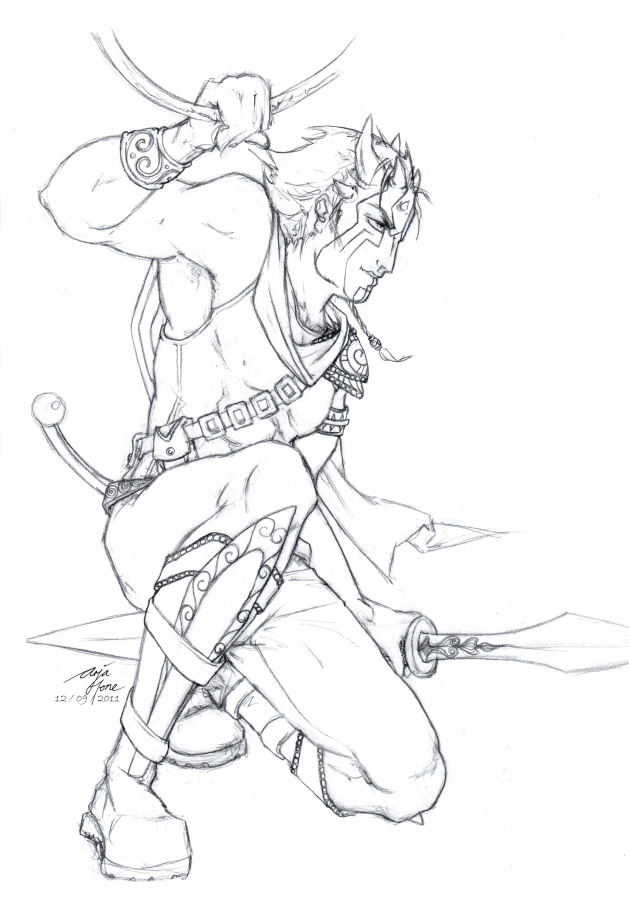 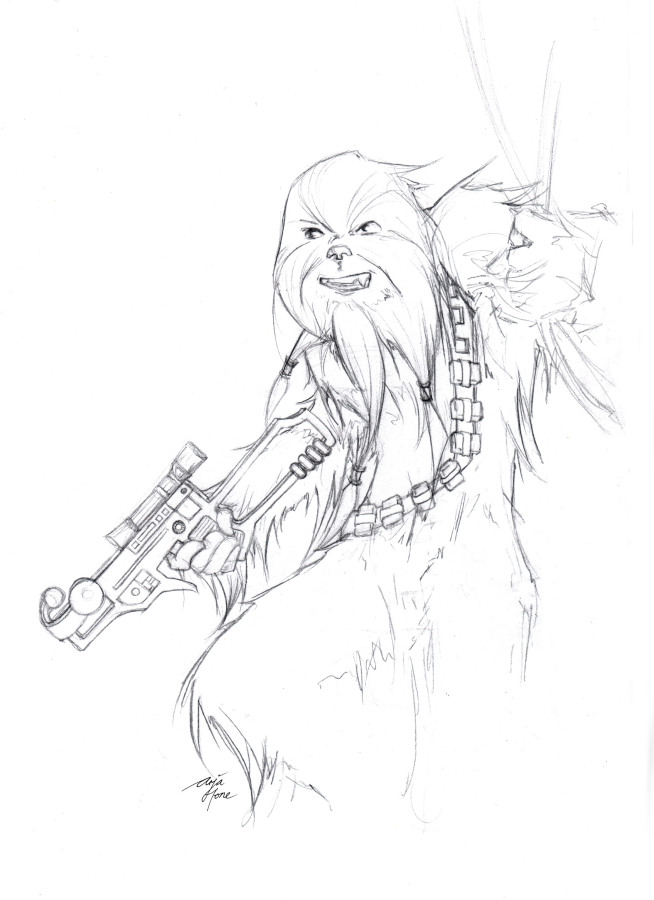 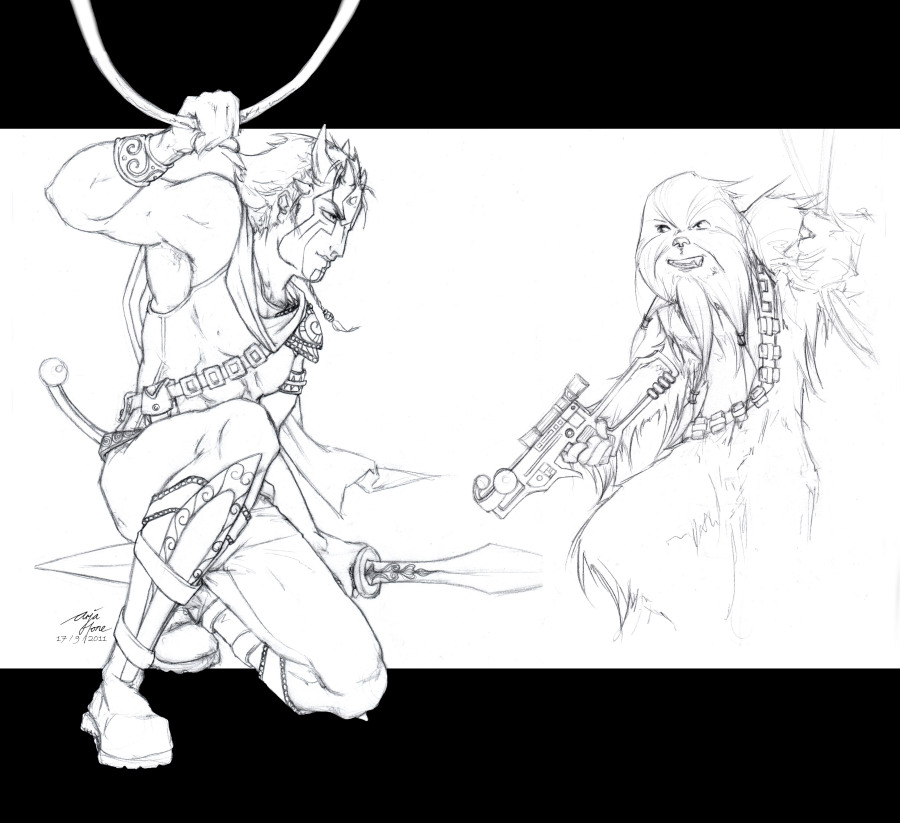 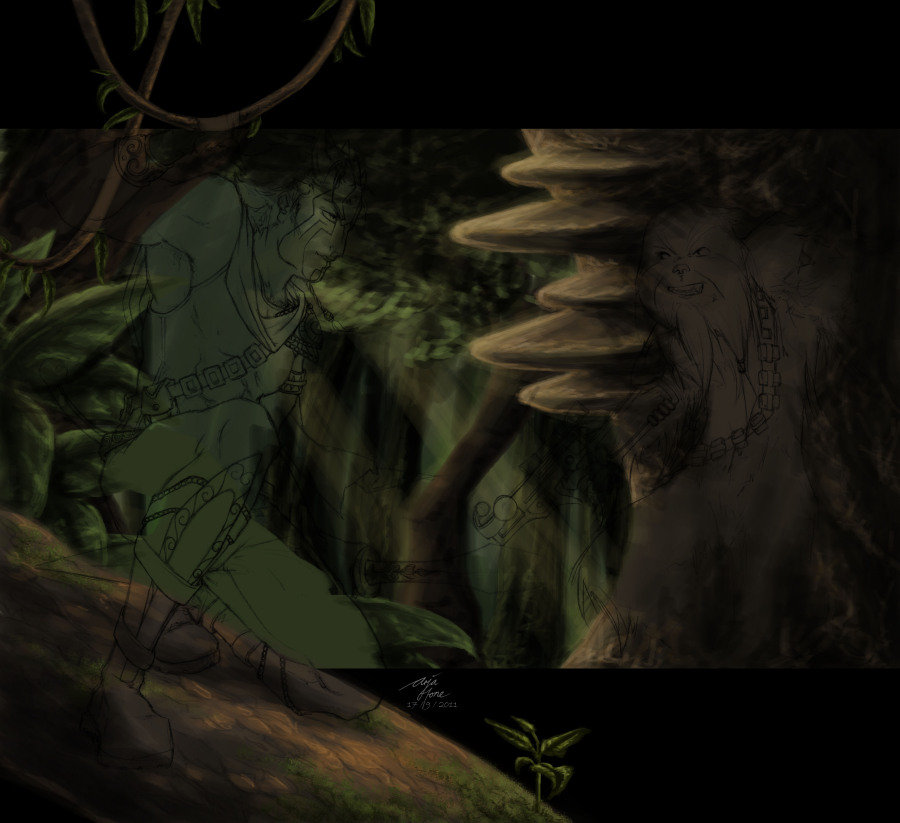 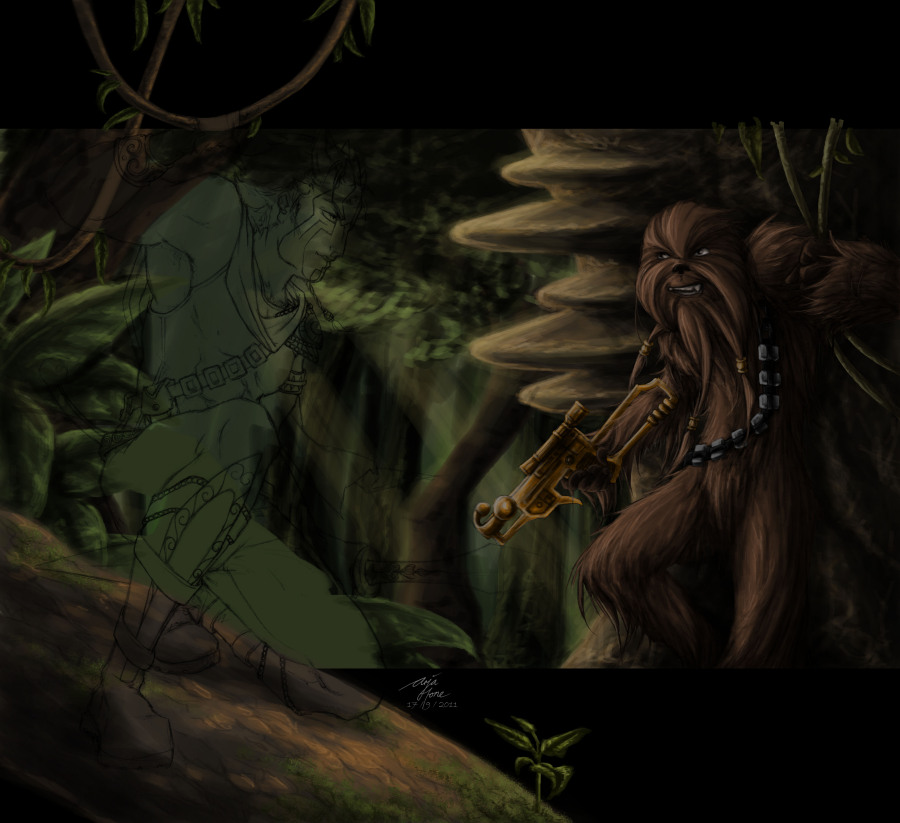 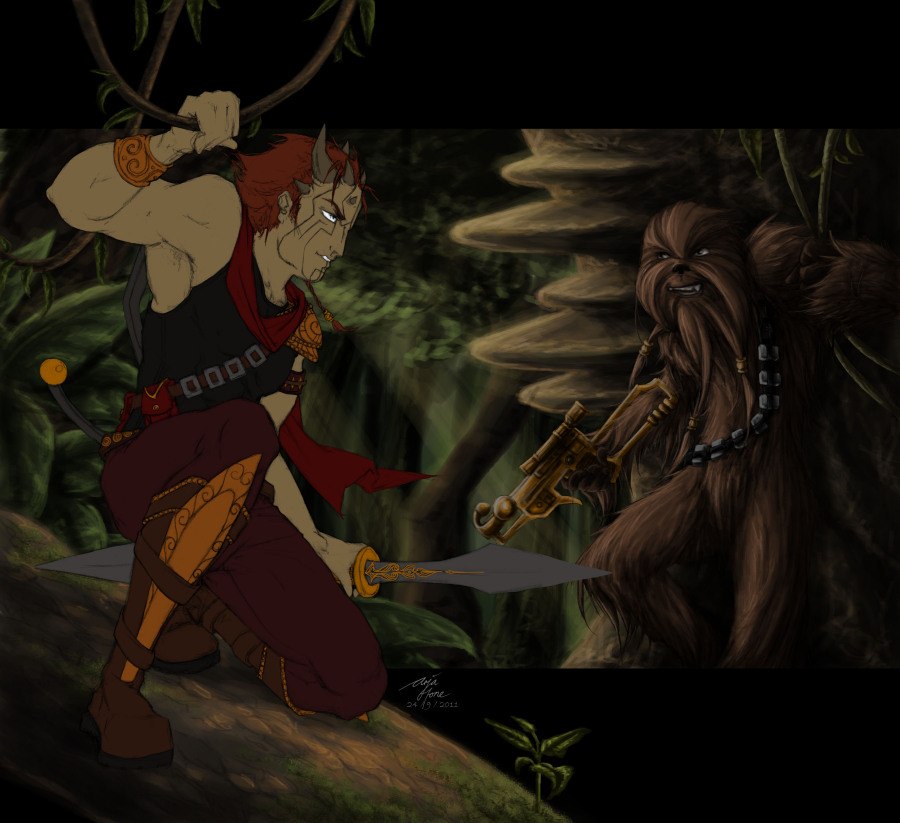 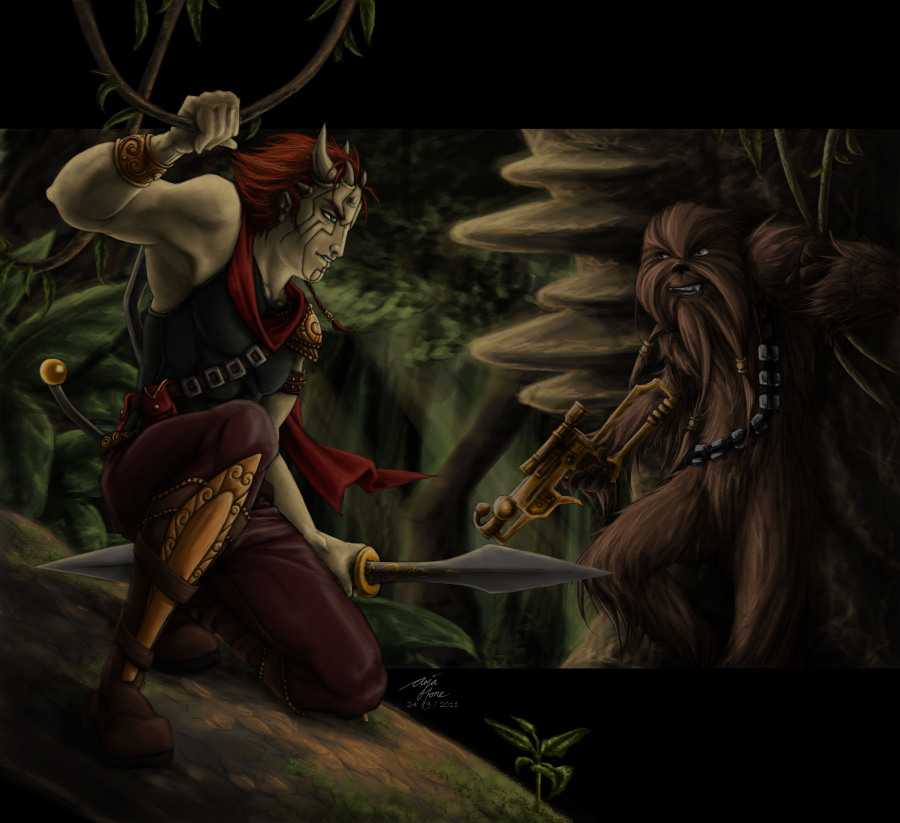 "Haradion Drogon is a Zabrak, with a crown of horns along his head, and short Red Hair, about 2" log. He has not Facial Tatoos himself, except for a couple of lines. (example)
This is because when he was a small child (about 4) his parents were killed by Trandoshan Slavers. The ship crashed on the nearby Planet, Kashyyyk. There he was found and fostered by a Wookiee Family."

After some negotiation, we decided on one picture of Haradion and his Wookiee 'brother' in the Jungles of Kashyyyk:
"... crouched in a battle ready position, with his blade ready, and his Bowcaster strapped to his thigh/belt. His brother as back up, with his blades at his belt and his bow caster raised.
There would have to be clear indication that he was raised as a Wookiee (so Red Hair in dreadlocks etc)"

I've completed an initial sketch of Haradion, will sketch up his brother to drop in behind later.

Mercy, I just want to say, that guy looks badass!!

Supurb I love how this is looking!

Okay, I'm RATHER pleased with this background...

As well you should be, Mercy! That is positively STUNNING. And I swear, that opinion is not at all skewed by the fact that huge dark forests are just about one of my favourite things in all the world.

MERCY, YOU ARE AN UTTER GENIUS!

My Brother has just seen this. Based on his reaction It is entirley possible he has set up a shrine in your honour, and has started to worship you.

Ha ha!! Aw, you're so sweet!
(Totally guffawed out loud at that!)

Base colours for Haradion up...

Thanks so Much Mate! This IS TOTALY AWESOME!

Hee hee! Glad you like, man!
I'll load to gallery then!!