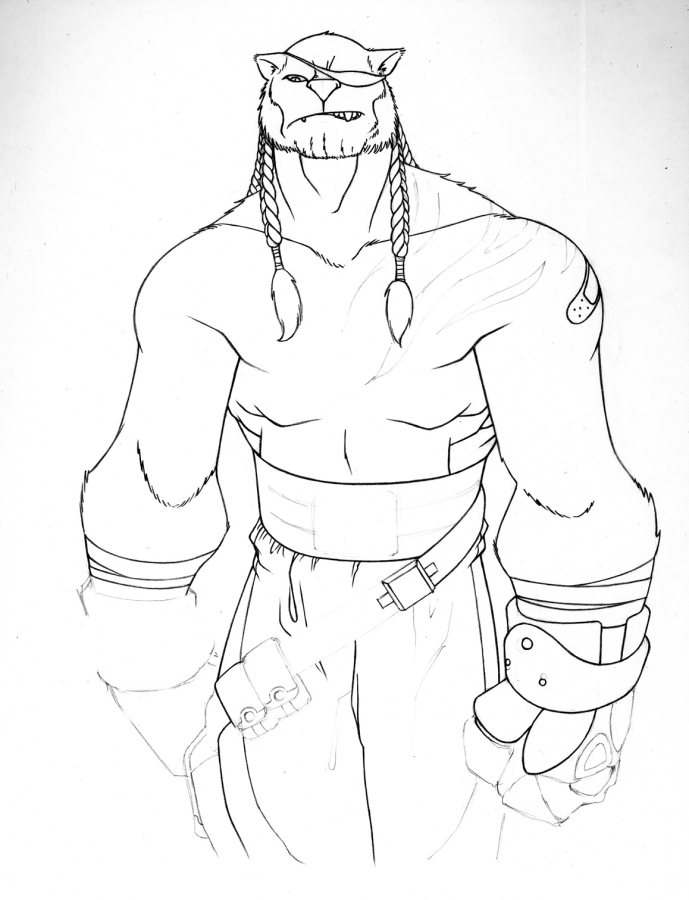 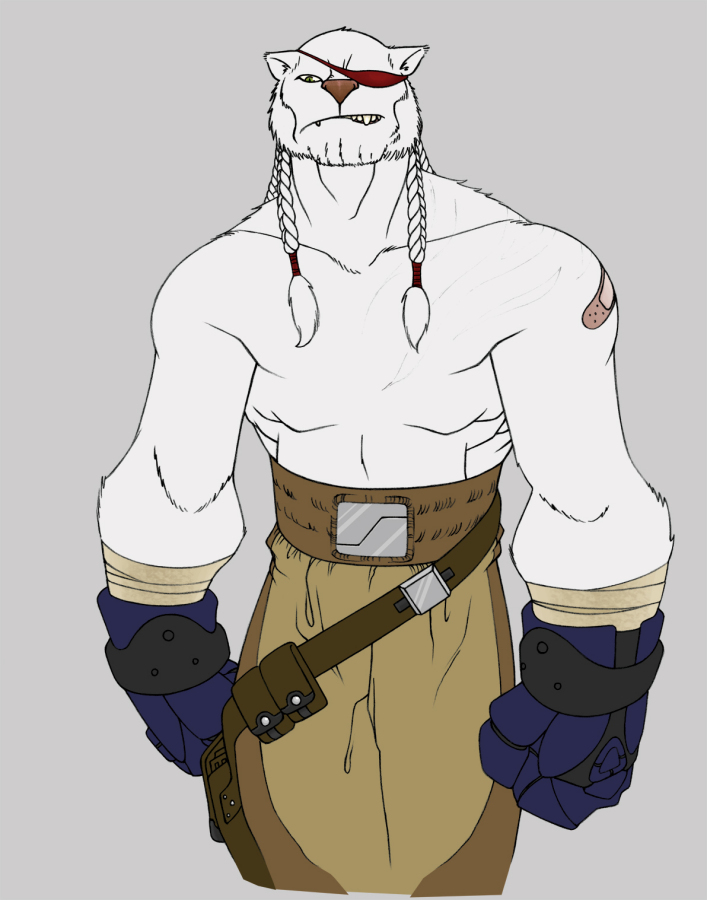 So, yeah, it's been a bit longer than I would have liked, but here's another "in-progress" for the shockboxer. Color flats with a little bit of shading work. I ended up making his head a little bigger since he was looking just a bit ridiculous, but like where it's at now, even if it is a little exaggerated (or a lot).

First update on the boxer. I'm doubting that the original requester is still around to get feedback from, but hey, you never know.

He has come out a bit more cartoon-ish than my usual style, but I'm actually digging it so far. Community feedback is appreciated!

Yes! This is so sweet! I LOVE the style!

I LOVE his expression!

Glad you're digging this. I should be done in a few days.

This looks so cool.

That little band-aid is so cute! Haha. I bet his mum put it there.

He looks like he may hurt someone .... real soon.