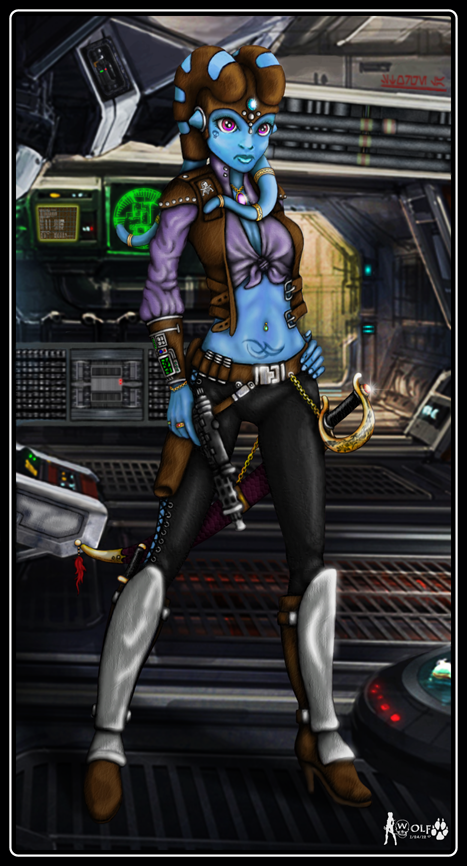 Seen here sporting her favored weapons; a 434 DeathHammer blaster pistol, a Song-Steel Cutlass, and a vibro-knife, tucked away in her boot.
Ryll Noma, a Rutian Twi'lek Pirate, was named after the drug "Ryll" from her home world of Ryloth by her spice addicted mother, Jin Noma. Ryll grew up in a world of crime, drugs, and abuse. Rylls mother Jin passed away from an overdose leaving Ryll to fend for herself starting at the early age of 13. Not unwise to the wiles of men and having an attractiveness, deception and thievery became useful tools in her everyday struggle to survive.
Now in her early twenties, Ryll travels the Outer-rim plying her trade as a Pirate and Smuggler.

Love the outfit, character, and the cute belly tattoo!