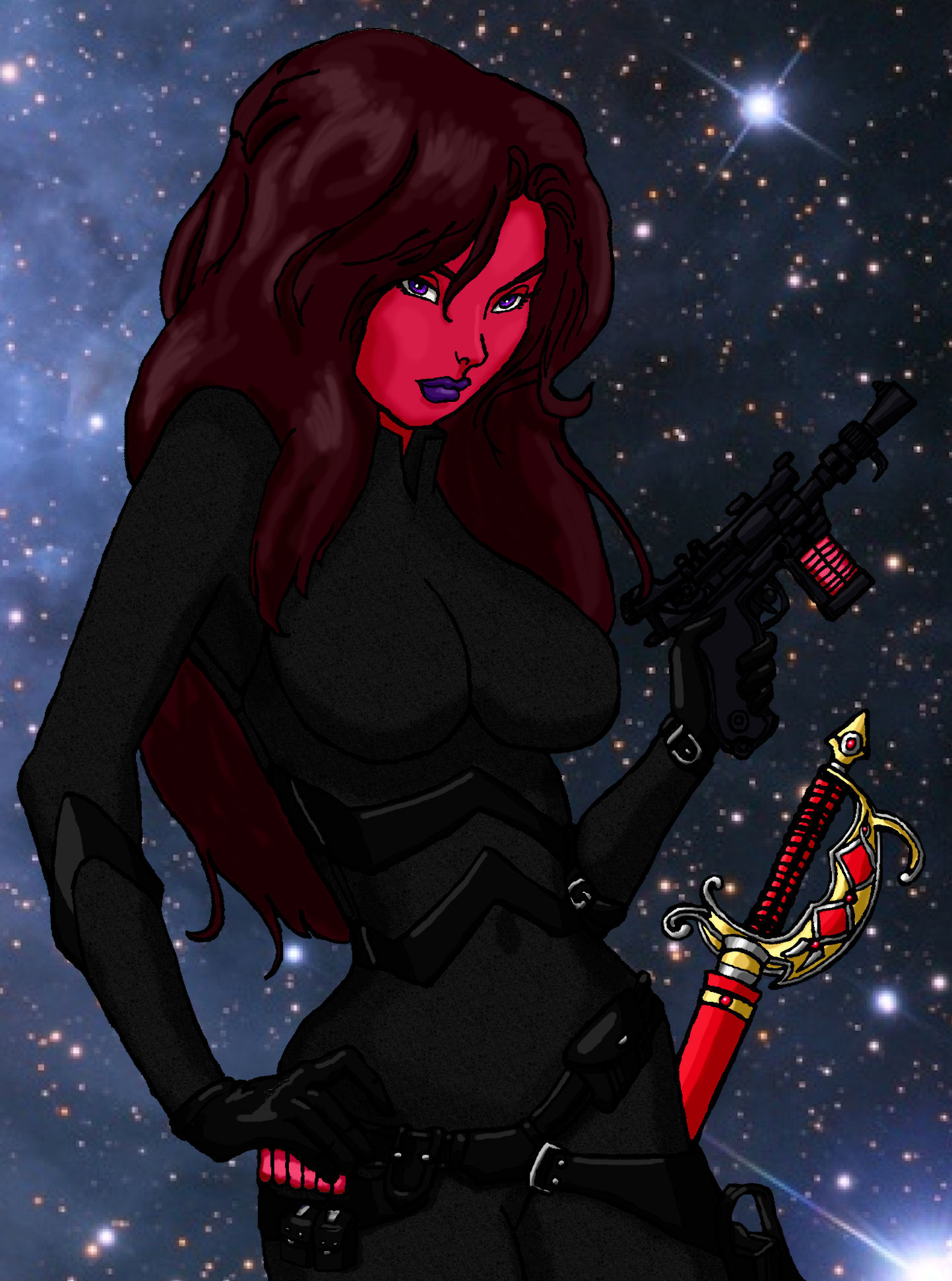 The account of K'Ehleyr Wynver is a rather complex one to say the least, perhaps not as flashy or exciting as other stories, but interesting to note. On her opulent home world of Zeltros she was an heiress to her family’s empire of elaborate and luxurious pleasure resorts. In fact, all brands in “The Wynver Family” of casinos, hotels, theme parks, as well as other havens of hedonism, became the leading standards by which all others of in the galaxy were measured. However, the prospect of someday inheriting instant wealth, power and status as an influential socialite was not very appealing to the very young K'Ehleyr. She was a devoted lover of HoloVid novels and movies of swashbuckling romances full of daring action, adventure, heroism, intrigue, with ostentatious bravado and style, so she went about finding a way to become one of the noblewomen-adventurers in her beloved stories. Her parents indulged her, allowing her to study under special tutors as long as it did not interfere with any of her regular studies. Among her “other” studies were saber fencing techniques, blaster marksmanship, starship piloting and maintenance. K'Ehleyr parents were already having her studied charm, etiquette, among other skills that she did not see the use of at that time, but which later proved to be useful. Her family also humored her by allowing her to purchase a ship, a customized Corellian Engineering Corporation YV-545 Transport light freighter. At the same time, she placed an order for a custom-made saber designed to her exact specifications. The saber she wields is fashioned from nigh-indestructible, high-quality phrik alloy, an elegant razor-shaped energy weapon. The blade is well-balanced so that the double-jointed, ambidextrous K’Ehleyr is capable of using it with her off-hand or with a second weapon simultaneously. Once these two major projects were complete, she started gathering other things to help her set off on her intergalactic journeys. She took her childhood pet, GV/3 Class Guardian droid, 'K-9' as well as securing to services of an LE-series repair droid, LE-74D80, nick-named 'Leigh'. Despite her adventurous bent, she is still on excellent terms with her family. They believe that once she has all this silly wanderlust worked out of her system, K'Ehleyr will come to her senses and return back home. In recent months, on her adventures with her crewmembers the exiled Force Adept Sarwen Gall and the valiant, patchwork Droid with a very mysterious past, 2B-, this space-faring adventurer was offered her own line of swashbuckling romances HoloVid novels full of daring action. She has at last arrived, the hopeless romantic now turned into a real life heroine.

I enjoyed reading the backstory. She sounds like a really fun character to have in the party.

Really cool design on the saber hilt. Also neat is the red energy highlights on the blaster pack and belt, really works well with the rest of the use of color. Overall, she looks great! :)

This is freaking sweet!

Thanks for all the comments so far, I'm glad that you all seem to like her.

P.S. Here is her character sheet on Obsidian Portal:

This looks great all finished up!! Great job with your colors :)

Yep. I definitely love Zeltrons. I'm pretty sure my my own Zeltron would fall in love with yours. Beautiful.