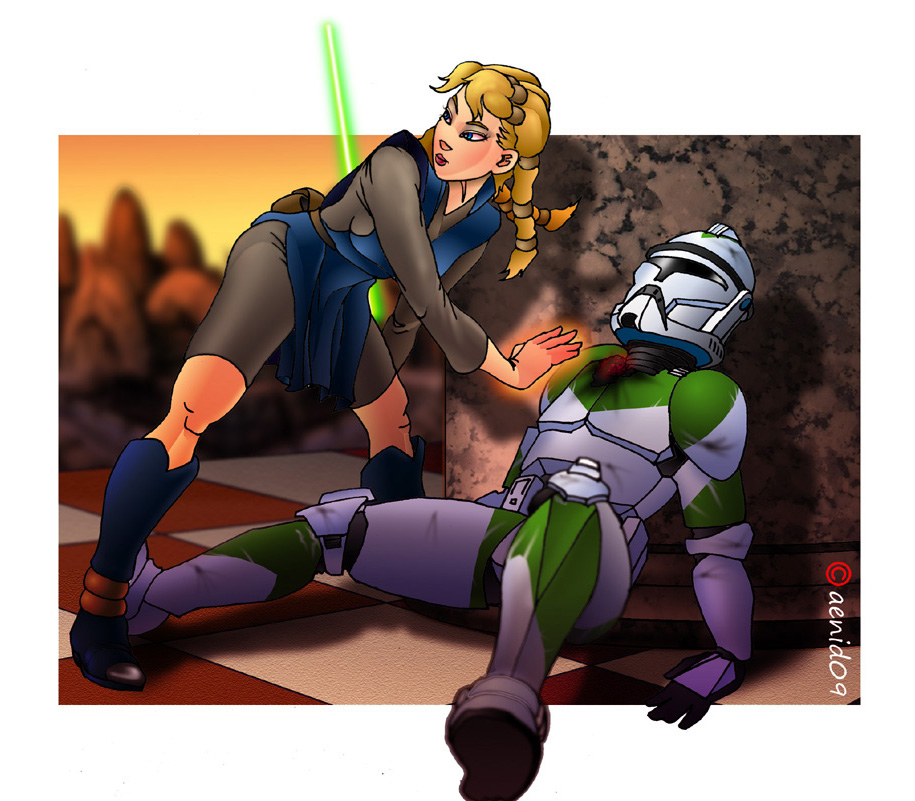 Beira Von Jedi Knight/Healer - A request as per 'Lord Crumb'.

Apre battle, Jedi Knight Beira Von looks over the remnants of machines and pulverized flesh.
'That all this technlogy and effort of will is used for such calculated destruction..' she broods as she scans the ground for any sign of life but with her Lightsaber at the ready. The Yuuzhan Vong were ruthless with fight left in them till their last dieing gasp.

Movement! She takes six quick steps and comes upon an agonizing Clone Trooper Sargent. In a bad way, she takes a knee and uses her Force Healing powers to quickly scan and repair what she can. The Medics and droids are already on their way with evac sleds full of synthskin and Bacta.

'...wearing a Phase one kit, bloody uncomfortable and a bit dated, but the older experienced Clones had taken on their own Clone persona (is there such a thing she wondered) and some of the old timers stuck with their Phase ones; modifying them as needed; in order to stand apart from the "New Guys".'

Wow! this is good and I like the short story also. The Anakin type outfit really works for her and is she holding the lightsaber in the Shien style of lightsaber technique, it reminds me of Ahsoka Tona (that's cool). Keep up the good work.

I like how at the same time that she's tending to the injured trooper, she's keeping her eyes up and alert for danger. Very realistic :D

The addendum update of the pic is kewl. The color, her stance, and the clone trooper are all excellent. Well done and Thanks.