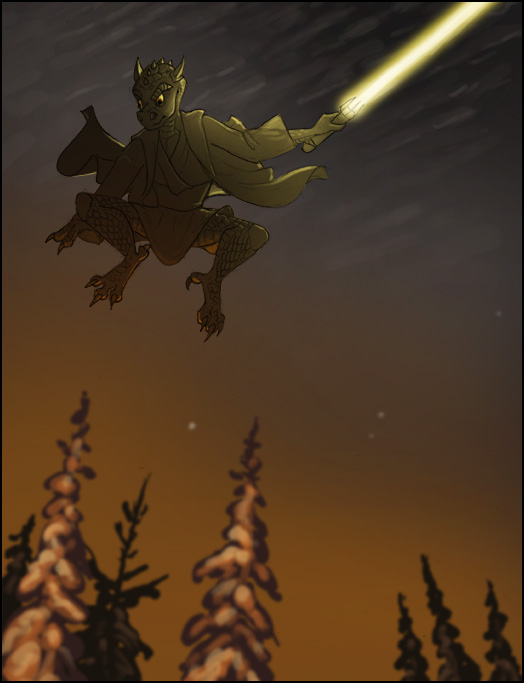 Revisited my old lizard boy for 'fighting', what with Tusserk's insistence on never using the Force to do harm being such a big deal throughout the campaign. He would only use his lightsaber(s) when engaging in combat after learning a couple of hard lessons, no matter hoooow useful it would have been at times to crack out the stack of Force powers he had at his disposal. Good times.

I have missed Tusserk.  It is good to see you bring him out again.  Great action pose.