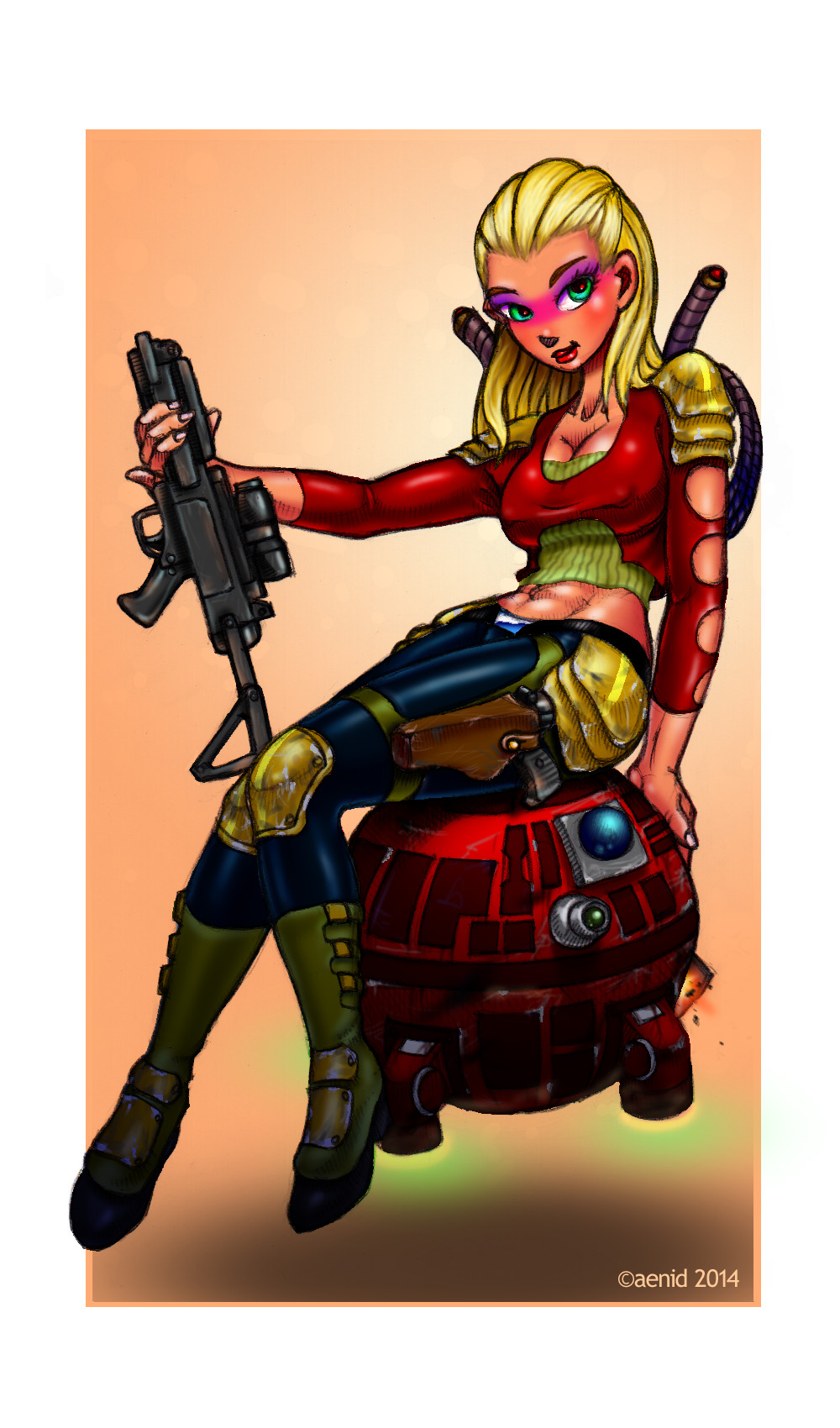 A  request by Kasari for her character "Kasari Jade".

Normally terse and serious she is depicted in slightly lighter mood atop her 'usually' dependable Q7 Astromech droid 'Fritz' carrying an E-11B blaster carbine for added firepower and maneuverability in tight spaces. Fritz was produced by Industrial Automation as a more compact astromech (compared to the highly succesful R2 series) and uses mini-repulsors for locomotion. As a Q7, 'Fritz' probably hasn't seen the inside of a 'V'-wing fighter for quite some time or unfortunately droid maintenance for that matter. As a result, he occasionally shorts out and/or leaves a small trail of parts in his path.

Kasari is strangely overprotective of 'Fritz' and refuses to let anyone but herself, to look into his repairs. Her tinkering has mixed the connections of his voice modulator which has humorous results whenever he attempts communication. Always the flirt, she dresses accordingly and uses her charms whenever the occasion deems fit (which I'm told is mostly all the time!) She favors her dual shock whips (here placed behind her shoulders for quick access) and holstered blasters for combat. Though dependable, her usual team members sometimes raise an eyebrow at her spontaneous reactions on missions.

EDIT: As per requestors comment, added top under red jacket.

Showing a little more boobage than I was expecting but it still looks great. :D

She must work out seriously at the gym to have abs like that.  A lot of guys are going to be crying that they do not have a six pack like she does.  Good pic.

It's a symbolic motif amongst my depiction of women in fiction. Thanks!