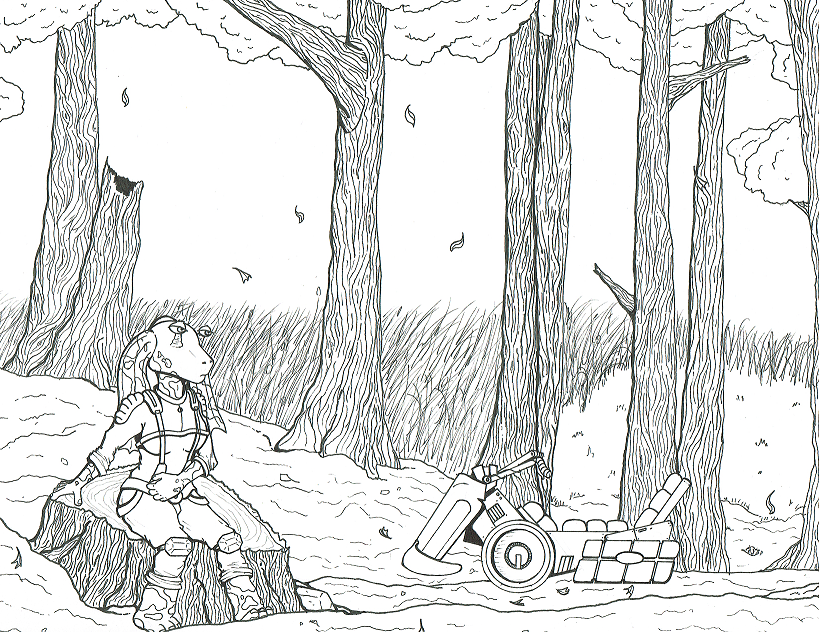 Born on Naboo's moon of Rori prior to the outbreak of the Clone Wars, Lobi was discovered to have a gift for technology from a very early age. As a child, she grew up on the outskirts of Narmle, Rori's busiest spaceport, where she spent her time tinkering with the spare parts that fell off of passing speeders or were carelessly discarded by scavengers. As she grew older, she became a skilled swoop pilot, competing in many local circuits throughout the system. During the Clone Wars, she spent most of her time at home, plying her trade as a mechanic while secretly training in martial arts in the hopes that she could protect her family should a threat arise. After the war ended and the Galactic Empire rose to power, Lobi was forced to flee her home in a matter of hours as news of the Imperial subjugation of Naboo spread throughout the city. Buying passage on a cramped freighter packed with other refugees, she slipped past the Imperial Blockade and ventured out into the depths of the galaxy, unsure of her future.

Lobi is pictured here, taking one final, quiet reprieve in her favorite woodland clearing before leaving everything behind.

I love the background here. The extra time was well spent. Great job.

Back round is great and I love the back story.