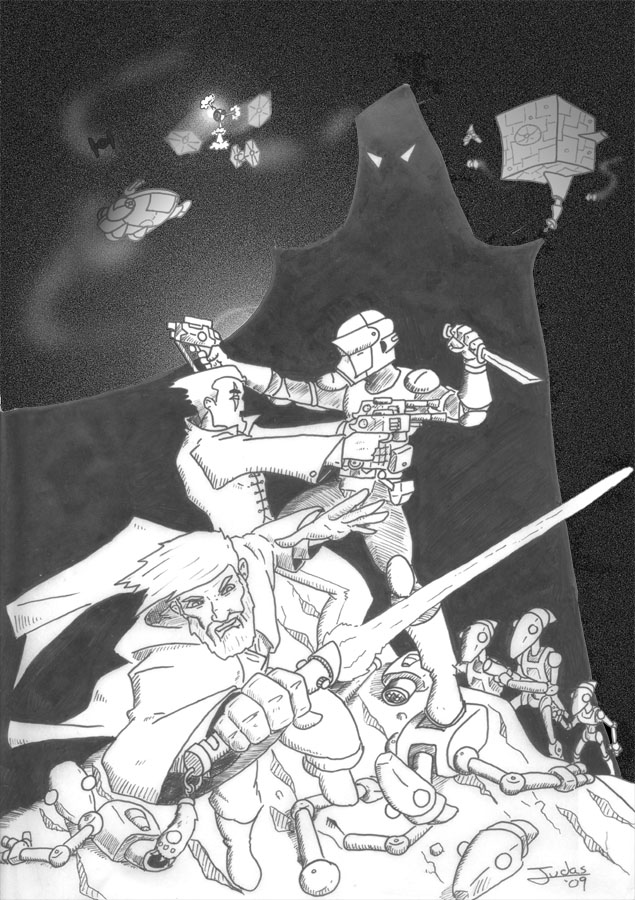 Jak Gunner: Chiss pirate turned lowly smuggler.
Willys Wayd: Renegade Imperial trooper turned gun-for-hire.
Rath Timm Anu: Jedi knight turned...er...drunken Jedi Knight.
A reluctant band of heroes drawn into a war against the mysterious Shadow Empire.
The Shadow Emperor plans to unleash his new weapon, the terrifying Doom Cube, upon an unsuspecting galaxy.
Only this band of misfits can stop him.
But who is the Shadow Emperor?
Where does he come from?
Why does no else beleive he exists?
Can our heroes stay focused on the task at hand long enough to find out?
Stay tuned for the answers to these and other questions.

Excellent work. I'll stay tuned for the next mis-adventure.

I suspect the Shadow Emperor is from New Jersey.