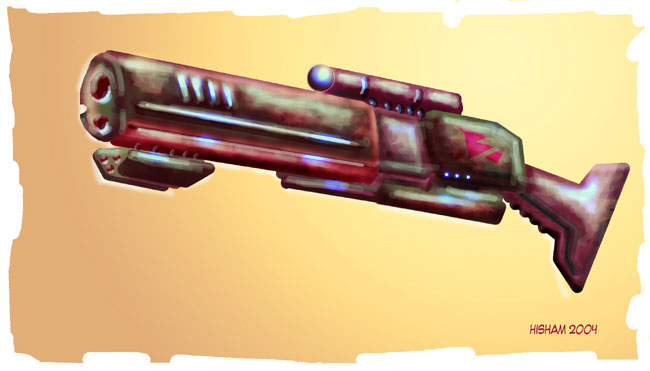 The BlasTech MVK-100 blaster rifle, which once belonged to a guard upon the Mandalorian Dungeon Ship Lost Hope, currently being used by BU-77 the fugitive ARC trooper. BU-77's involvement in the horrible demise of its former owner will not be confirmed nor denied by the Team Sabredart member. The blaster is still his choice weapon despite recently obtaining a Naboo S-5 blaster pistol / ascension gun.