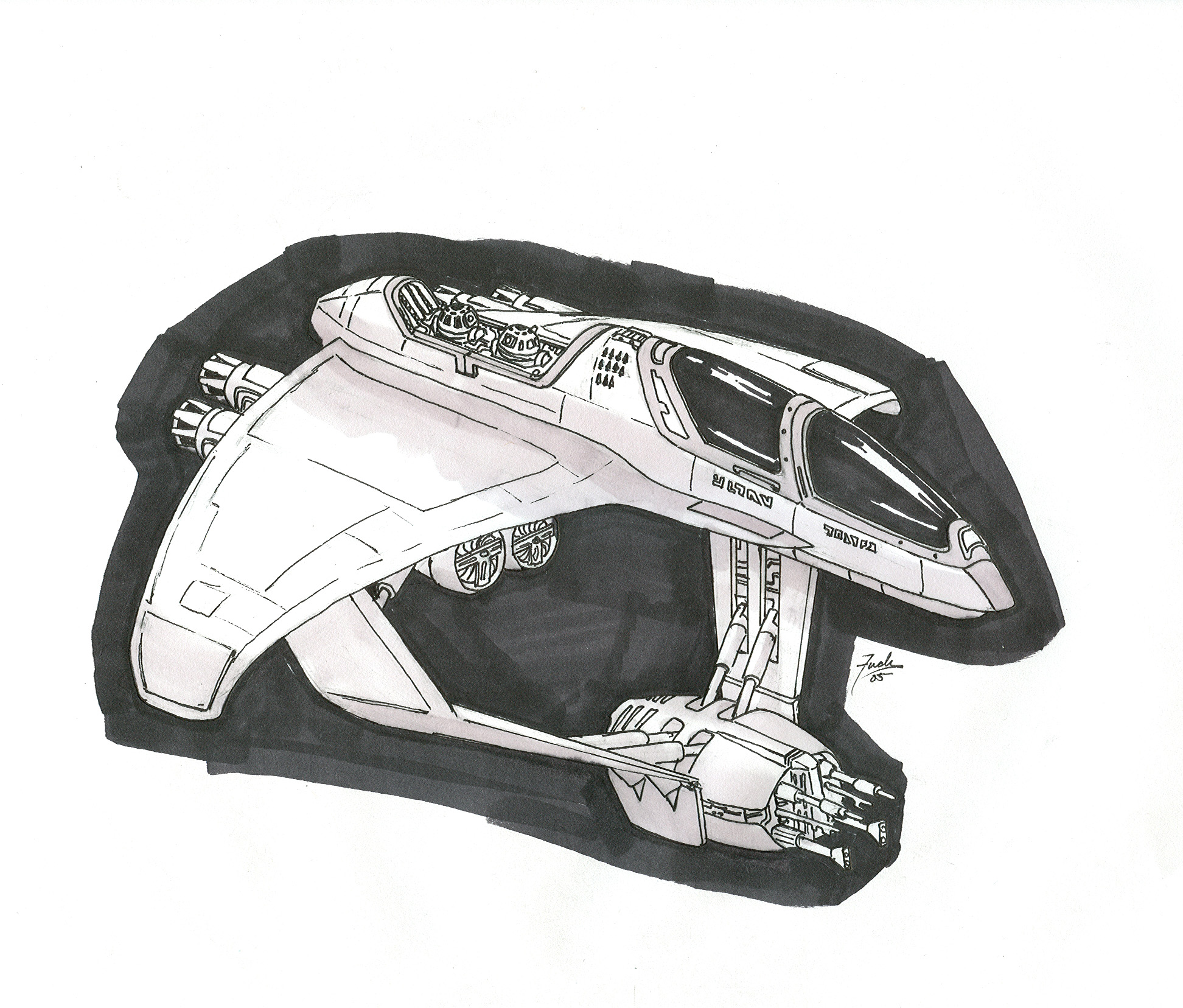 The Auquavian's O-Wing - Mark VII was a true space superiority starfighter. With this model, the Aquavians worked out all of the issues that had given earlier versions a bad reputation. This was done with first class avionics and the addition of a second astromech for the complicated flight calculations required for peak performance.

Though the improvements were tested and proven, the cost was high and the O-Wing's reputation still kept sales low.

Ironically, the changes made to improve performance for the average pilot, were not well received by Aquavian pilots. They felt that the Mark VII was to "dumbed down" and preferred to fly older models.

i love your starship designs they realy have that star wars feal to them.
Out of interest what time period have you based this ship in because id love to add it into my campain im righting.

keep up the good work.

I too must espouse a love for your starship work. I especially like this design. It's one of my favorites you've submitted. Top class work here man.

Thanks for the kind words!! I've pictured this design being used right around the battle of Endor (give or take a few years). I'm still working out timeline bugs in my backstory.

I imagine the Mark II version to be 40-50 years older. When I came up with them I kind of compared WWII aircraft with those of today to get my design inspiration.