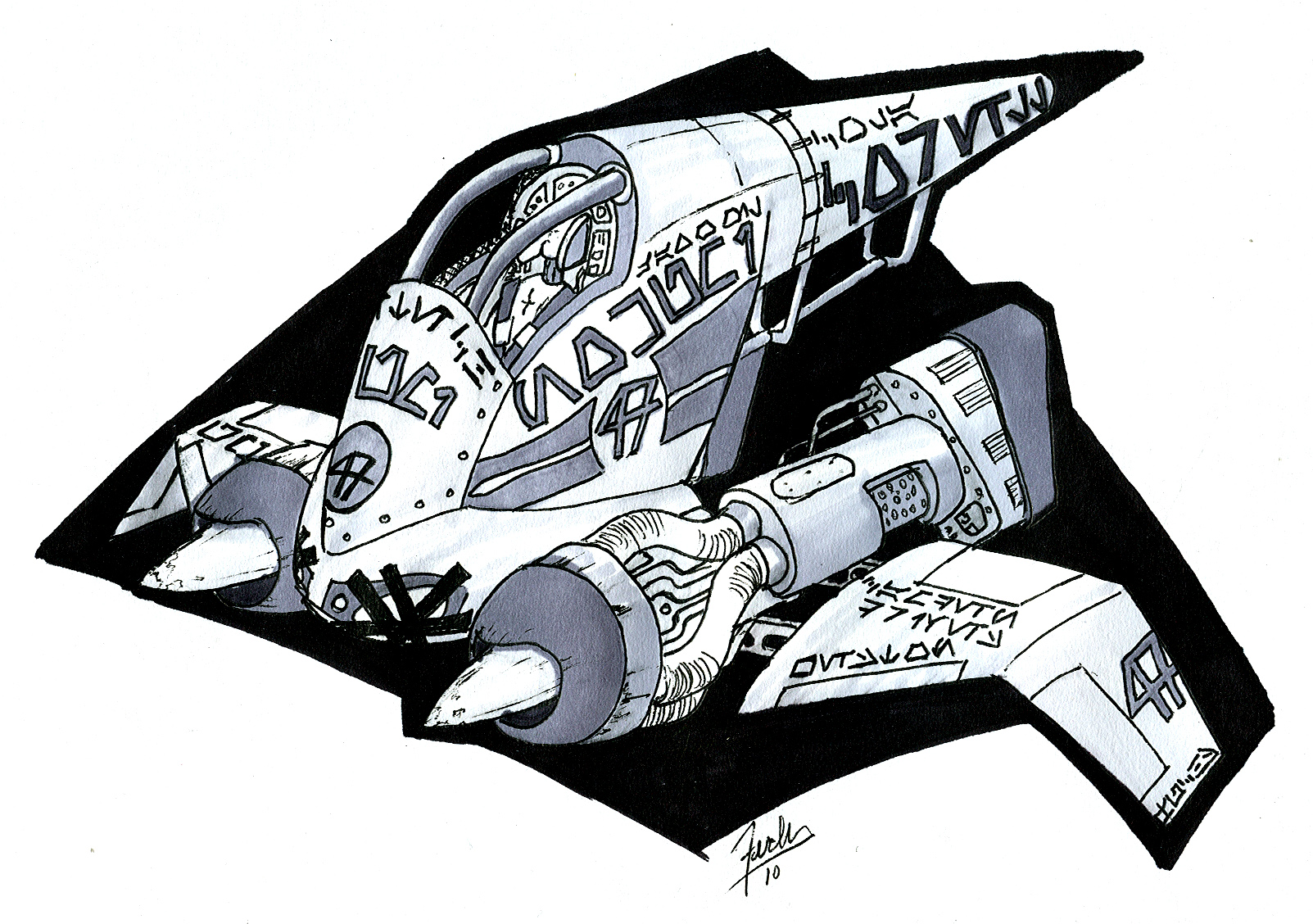 When podracing became outlawed on many planets, speed enthusiasts turned their passions toward slightly more predictable craft. Souped up airspeeders became a mainstay of racing throughout the Mid and Outer Rims.

This particular machine, the Nokumi Turbo Thrusters Number 47, was once a sport airspeeder like the one I recently posted. It is now raced in the Open Modified class on the Glorious Jewel Cup circuit in and around Hutt Space. It's pilot, Min Tan, has gained some success and notariety throughout the local sectors. However, he knows it is just a matter of time before word of his fame reaches the ears of those who seek him, including his former commanding officer Min Jukta, aboard the pirate ship Min's Wind.

What does the aurebesh lettering on the side say?

Dude, I hella want one of these! Awesome! Very badass!

Definitely looks like a racer. I like your attention to detail; the lettering of sponsors,the taped up headlights, the worn look.

I love It!
Vast difference between the two

Thanks everyone! This was a fun one to do, and actually came rogether quickly after the other speeder was finished.

Sad thing is, I didn't need you to write the translations :( .. lol Taught myself to read aurebesh by translating all of the holonet on SW:TOR.