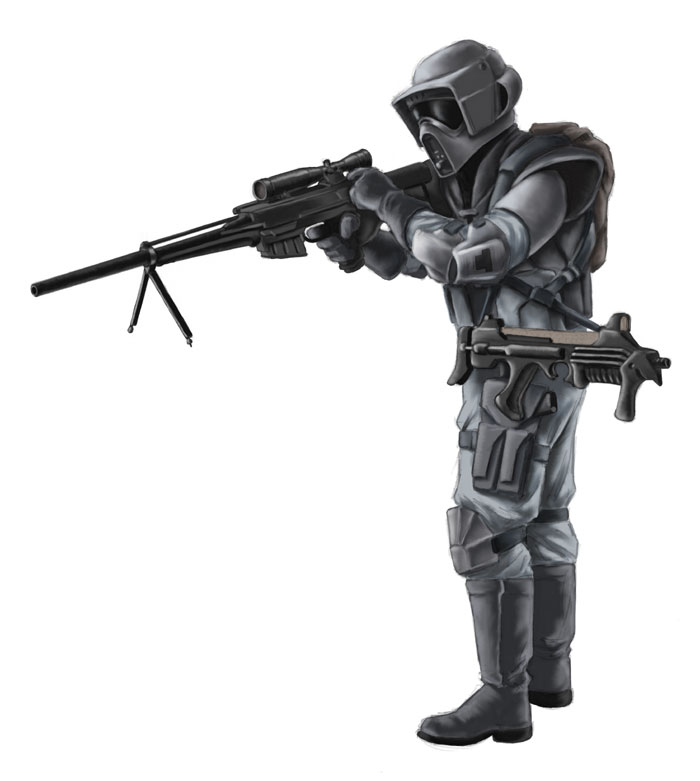 A request for Wolverine. I ended up omitting some of the details he described for this character, mostly because the pose prevented them from showing. I may post sketches of the weapons, including ones not shown here. I also grossly simplified the 'urban camo' pattern, simply because it's a pain to do. It's approximated here by the color palette instead.

this is really good. I always like ones with realistic shadowing effects.