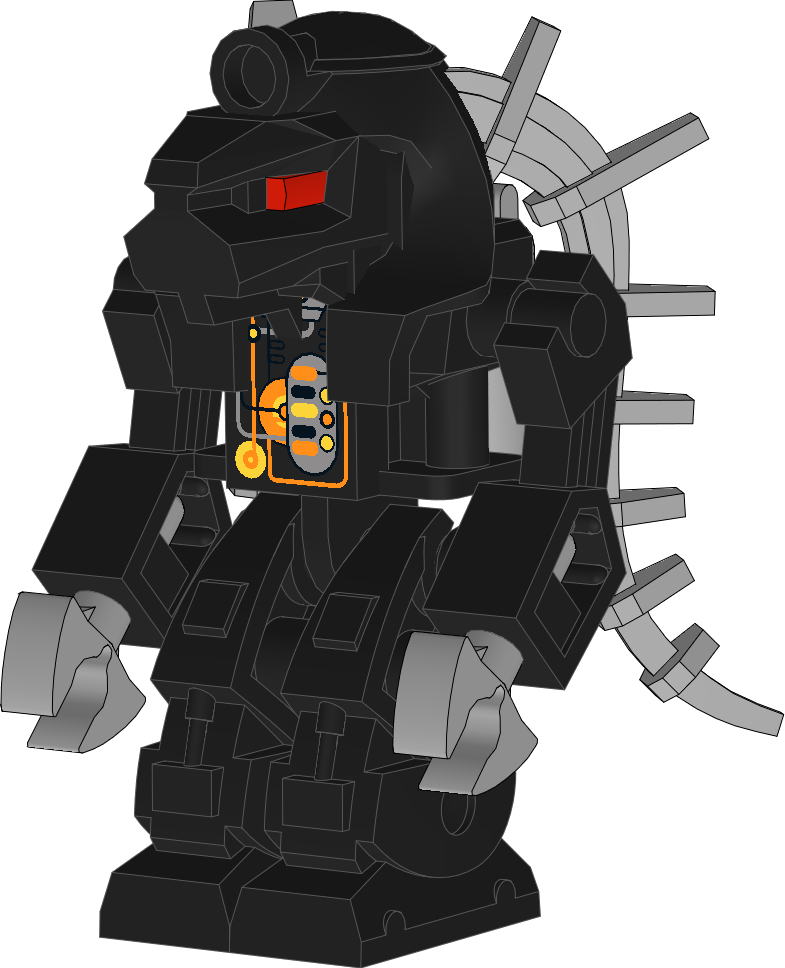 This is a Lego MOC of one of my personal Star Wars characters: B4-U8. As much as I hate cheating with MLCAD (that's colliding parts together,) I'm happy with the way this guy turned out.

B4-U8 is a Droid; specifically, is an extremely modified Ru'Lek B4-series Omnidroid prototype. He was created by Ru'Lek Mercantile as part of an R&D into a new multipurpose droid design. He was "purchased" by Selene Di'Ru'Lek to serve as her personal assistant and steward and custodian of her ship, A Murder of Crows. He is a faithful servant and bodyguard, but can be a little dark and "twisted" in his personality.

B4-U8 is an extremely capable droid that harbors many abilities and secrets that is only known to his mistress...

Constructed in MLCAD/Rendered in LDView.

Hey thats pretty, cool and original. Never thought of using 3d lego for building or designing SW stuff (I tried one of the lego building programs a few years ago. limited but fun).

And hey, my gallery is mainly 3d rendered stuff, so i'm not the one to complain about what is or isn't art. ;)