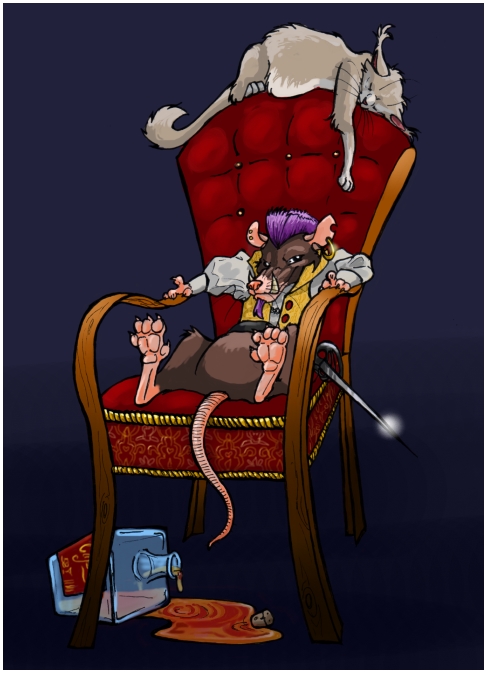 Remember when Klopan inadvertently befriended that bunch of adorable Ranats?? Well, one of them actually ended up jumping ship when the squad left and tagging along after us. A surly little teenager named Ruttager who, as things turned out, had a bit of a problem keeping his darker emotions in check. He's been a brilliant little NPC who's offered a load of twists and turns and ups and downs, and was quite attached to Klopan- they actually fled the squad together (albeit because Klopan LIED to him and led him to believe his life was in danger...!). This is Ruttager in his current chosen profession with his trusty pet Felinx. When he's not busy lounging in other people's fancy chairs, he can be found swinging from chandeliers.

Oh man, I LOVE this! Haha! Does he work for Shredder??

Aha! He DOES sport a very Bebop style hairdo, doesn't he.

OMG! This is the best thing ever! I love it so much.

Every little thing on this works. It all should be there. Great work.