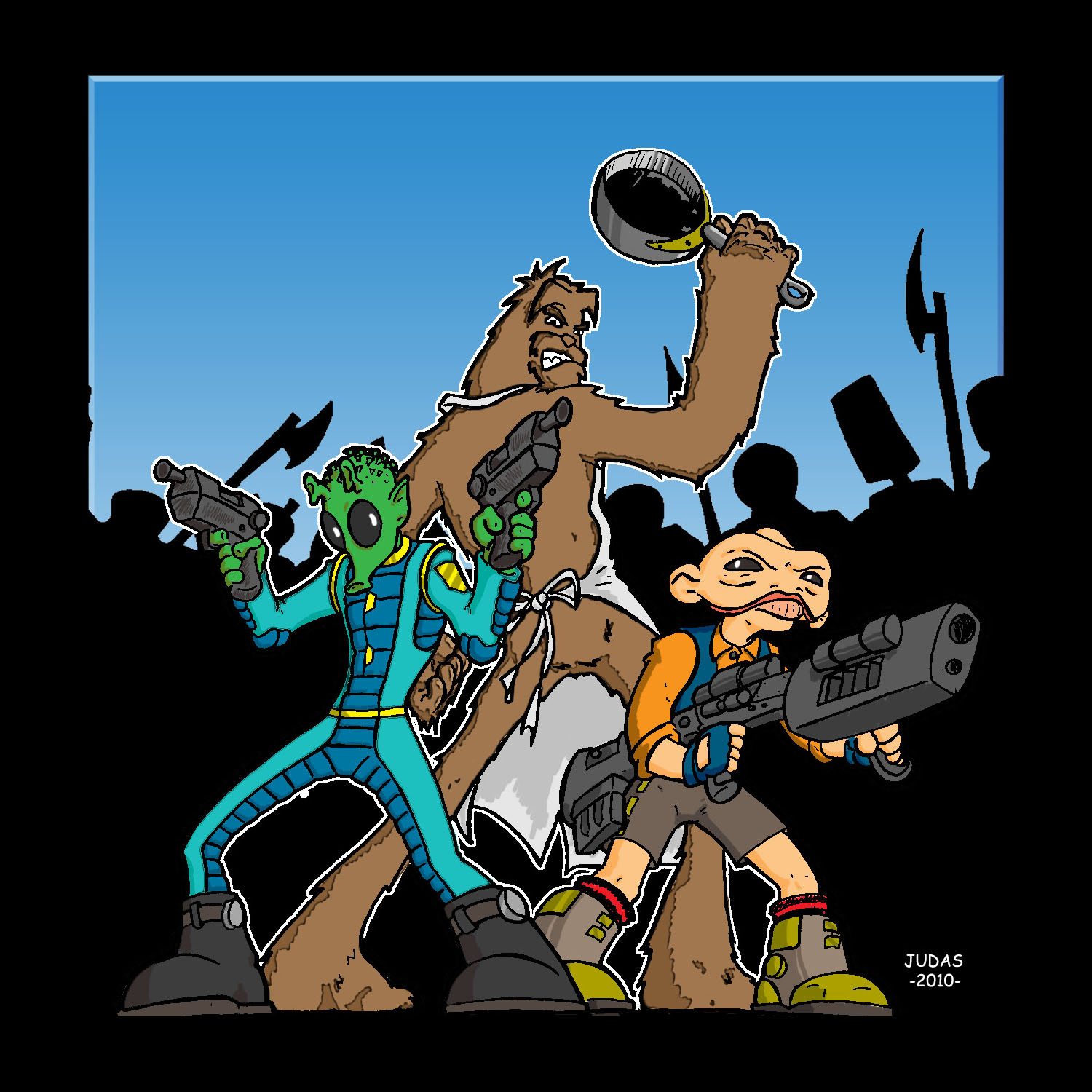 Another thread in the tapestry of Star Wars nuttiness is here woven:
Greez, the Rodian accountant
Chuk Chuggins, the Sullustan bush pilot
and Uuurl (Earl), the Wookiee chef
These three hapless souls work for the Stand and Deliver parcel delivery company on Tatooine.
Their motto:"We'll delivery anything (almost), anywhere (within reason), anytime (during normal business hours)."
Which was deemed more reasonable than their previous motto:"When it absolutely, positively has to get somewhere in the general vicinity of your desired location......eventually."
They have been repeatedly hunted by Sand People, harassed by swoop gangs, hounded by Imperial authorities, and molested by wildlife.
To make matters worse (as if they could be), they seem to constantly (and through a series of inept, unintentional blunders) thwart the plans of the mysterious Shadow Emperor

Well, nobody wants to hear the story of someone who's got it easy.

"Life is to be lived, not prearranged," Luke Skywalker...

If there was a 'Greatest Saturday Morning Cartoon that Never Was' awards, these guys get the trophy! :D

Ahhhhahaha!! Oh, please, please, tell me that the Wookiee actually DOES fight with cooking implements...!

You bet yer pa-hookey he does!!
Thanks for the comments, all. I'm glad to have entertained you:)

Brilliant! You have totally made my day.

Thanks some more. It's nice that my foray back into the world of colour has been so well recieved. I was a little nervous;p

Interesting trio. Love the new group motto. The apron and frying pan on the Uurl is priceless!

Sweet Bridgett!!
I JUST now noticed that I forgot to colour Uurl's nose!!!
This has been up a month and I JUST NOW NOTICED!!!!!!

GAH!!!!
AND my white outline is incomplete!!
Seriously! How much was i drinkin' when I posted this?!?