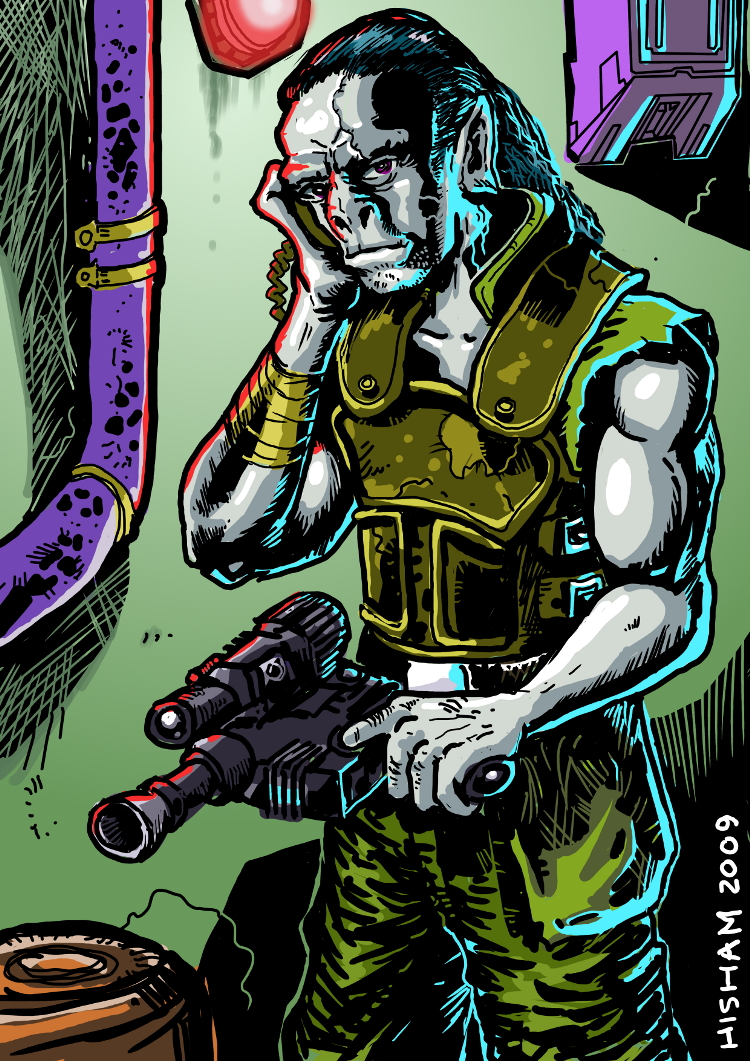 Vaalkryn is a Tarro outlaw, requested by Geekoflegend. Been a while since I played around with a lot of inks, so I thought to give it a shot here digitally using GIMP. Also, I was quite intrigued by the Tarro illustration in West End Games' Galaxy Guide 12. Very nicely done in black and white by Mike Vilardi, IIRC. Very forehead-of-the-week Star Trek-like, almost like a Miradorn from Deep Space Nine. Finally, I once had a player who played a human pirate named Erric Yvallkryne. The last name is almost similar, except for an extra syllable.

What kind of comics are you reading on wood-block print, Mercy??

Just kidding, I have a couple wood-block print-style comics. Seriously. It's awesome.

Actually, the 'print' comment was an after-thought...
Anyway - it really does work!!