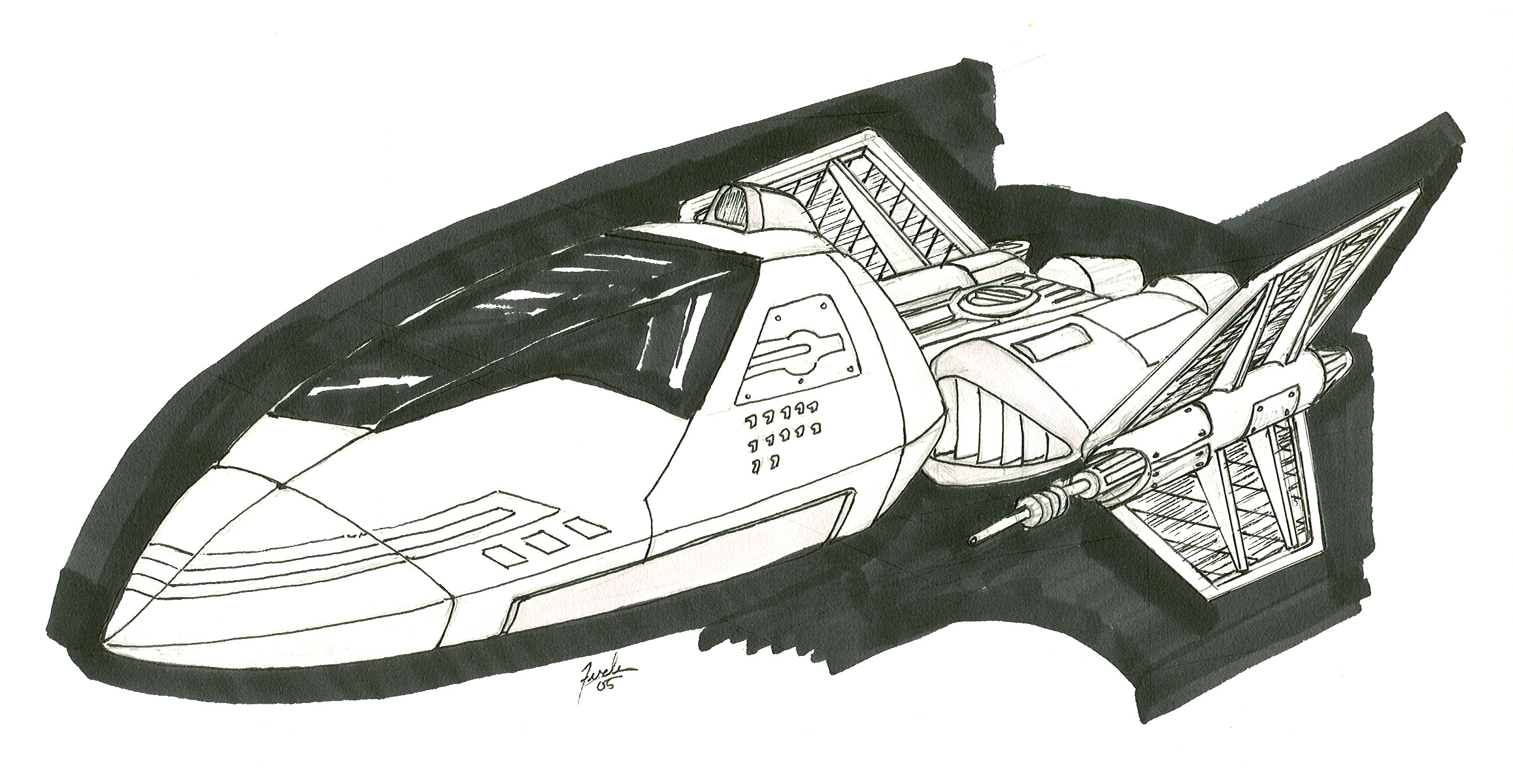 The Insectoid Vourren utilize these small, maneuverable starfighters to ovewhelm and swarm their enemies. Much like the TIE fighter, they lack hyperdrives and shields, but are often superior in battle based on their numbers alone.

These starfighters nest on the outer docking drum of Vourren fighter carriers. They dock with the canopy toward the drum. Once the magnetic seal is formed, the entire egress section of the fighter retracts into the carrier.