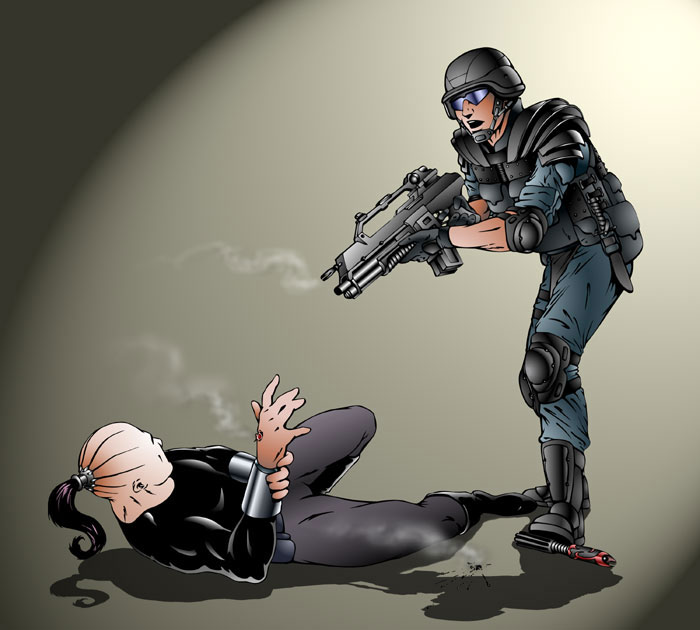 Requested by Finn Dootric, this character (of the same name) is a
modern SWAT inspired warrior in the Rise of the Empire era. Finn works
secretly with a cadre of Jedi in hunting down and capturing or
neutralizing darksiders. He carries a slug-throwing assault carbine because of
the inability of lightsabers to redirect the projectiles back at the firer. He also wears urban camo BDU's under his ballistic armor (but
this is not depicted here for the sake of this artist's sanity -
instead he's shown in basic low-light camo).

In this illo, Finn having just subdued and disarmed a darksider, has
had to convince his foe with a precise shot through the hand to *not*
reach for the lightsaber again.

Man, I almost forgot about this pic. I was 'Finn Dootric' back then. Shadowdeep was a really cool guy to work with. He really went above and beyond.

i love how you mentioned this, most people dont think of it that way.
very nice pic.