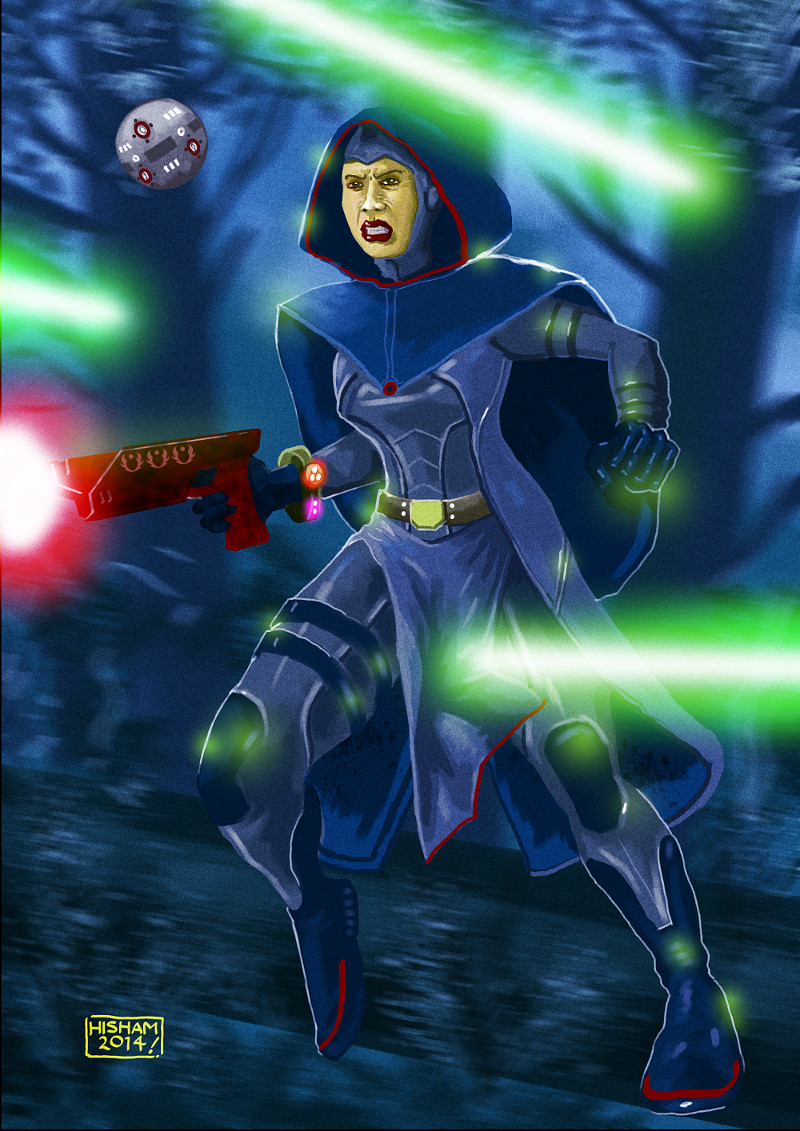 The Young Senatorial PC Raquel Xilon, played by my cousin, only appeared once my first Star Wars RPG campaign back in '89. Named after "Xylonic Mind Probe" in Robotech. She never made a second appearance since the player lived out of town. This is the first time I've drawn her. Being a senator and all, I gave her better, flashier, sci-fi-like attire than the rest of the team, who looked more like G.I. Joe.

Funny you mention this character was from waaaay back in '89 - my first thought was that the design feels like it would fit in with the original Marvel era of Star Wars comics :)

Also - you're stumping me with that Xylonic mind probe reference... Sounds like something Exedore might have mentioned... or an Invid tool... or Musica's harp... or... what part of Robotech is it from? I must know! :D

Yeah, it was a retrospective decision to give it a Marvel-esque design though it turned out like one of Padme's royal combat suits.

It's from Southern Cross. It's what the Robotech Masters were using to control and pacify their clone ranks. My cousin was reading the Southern Cross Sourcebook when we were doing chargen. Heh.

I should have guessed that, lol. Southern Cross is my favourite storyline within Robotech. Been a while since I last watched it though. I also still have a copy of that old SC sourcebook. I used to love pouring over the drawings & reading the descriptions of all the armour & mecha in it. :)

And you made a good decision with the retro-Marvel look - this character looks great! Did you hear about the Star Wars comic license with Dark Horse fully expiring in 2015? Marvel plans to take back all the comic publishing rights. Not sure if that's a good thing...

Duuuude! I thought I was the only one that liked the Southern Cross storyline better than the other two.

Well, concerning Marvel, all their hired help are from the same pool as Dark Horse anyway. I mean Brian Wood has been writing Ultimate Comics: X-Men. John Jackson Miller even wrote Iron Man once. Though if we get a Matt Fraction Star Wars series, that might be a good thing.

Southern Cross is the bomb! My first Robotech character was a Hover Tank pilot... and then came the day that Dredwulf created rules for Bioroid clone pilots as characters... I was in heaven :)

Settle down. The others were Joes. But not the Senator. Haha.