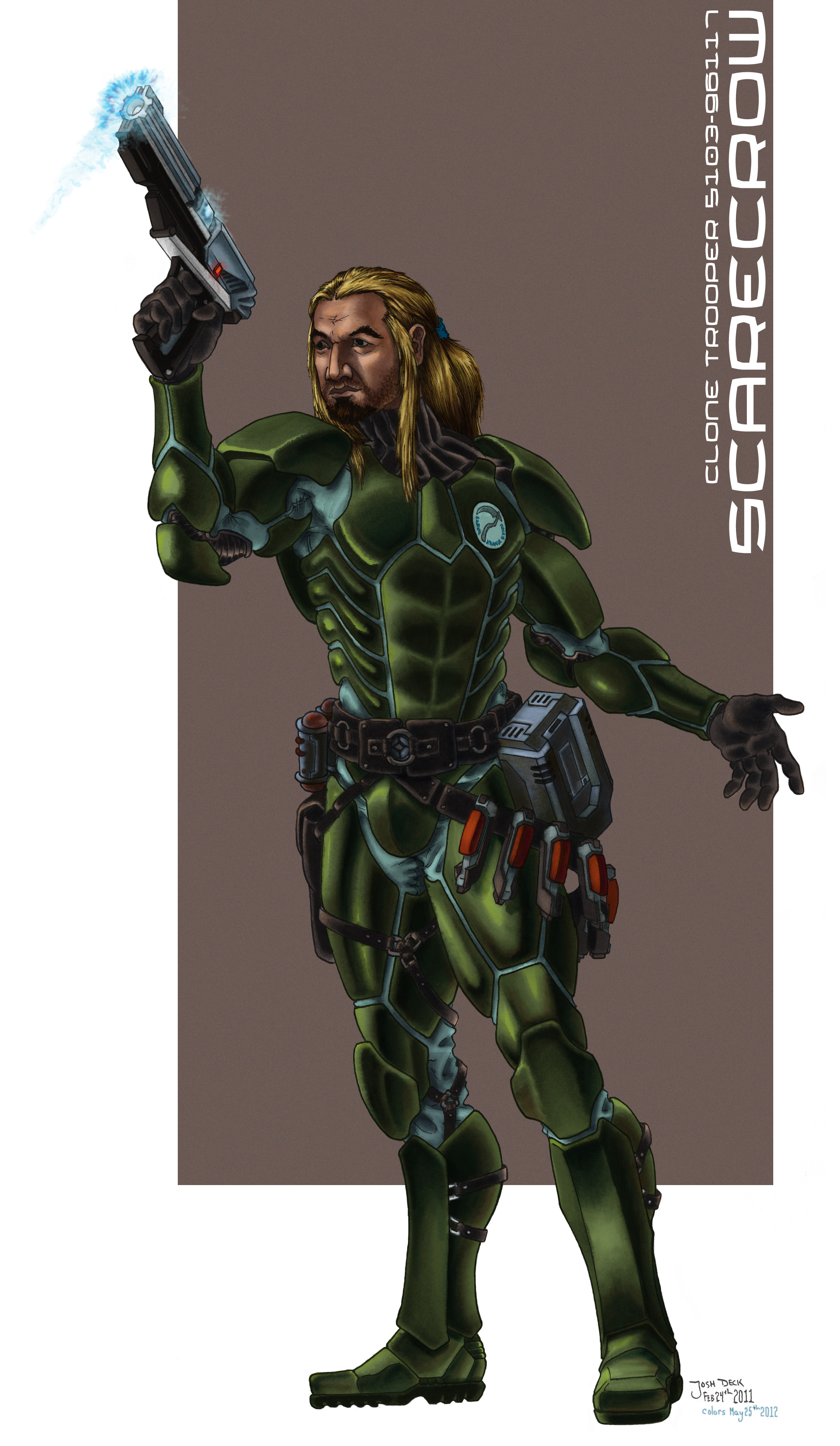 Well, today being the 35th anniversary of Star Wars, I thought what better way to celebrate than to finally post my first completed SWAG request! Request by Tetsuoh, details as follows; Scarecrow - aka CT5103-96117 Scarecrow is a Jango clone trooper, Trained in general military combat with specialized training in Demolitions and Equipment Maintenance. During a mission to an outpost near Vanqor he was ordering to bring the whole installation down to prevent its further use. But shortly after placing the charges, he learned that the rest of his squad was under attack from forces that hid during the initial advance. He rushed to join the fight but the doors had been sealed, trapping his squad inside. Shortly after his charges started to detonate, without his having set them off. Scarecrow was forced to flee the scene or be caught in his own handiwork. Later his superiors would deem the event an act of sabotage, as all traces of outside forces had vanished, Scarecrow was deemed a traitor and sentenced to be "Decommissioned". Crow did what any sane man would do, broke out. He has been on the run since, still trying to investigate what really happened to people who had not only been his squadmates, but his friends. Scarecrow is similar in looks to all standard Jango clone troops, as per standard, with one slight difference. In order to help conceal his looks, Scarecrow has grown his hair out to shoulder length, and bleached it a dirty blond. It is often pulled back in a loose ponytail. Scarecrow can often be seen in either his standard clothing or in his Dark Green Composite Armor.

The the armor design! Always nice to see creativeness and originality :)

Thats definitely not Clone armor, and even more to his favor, with his hair being different.

So cool to finally see this finished! (no rush though, hehe)

Thanks everybody! I still feel like I wanted to do more with this guy [I was gonna add some blue reflections on the armour from the blaster glow], but I just had to let it go.

I can't take credit for the armour design, btw - its from an SW comic that Tetsuoh referenced in the original request. I think I did come up with all the gear hanging on the belts though.