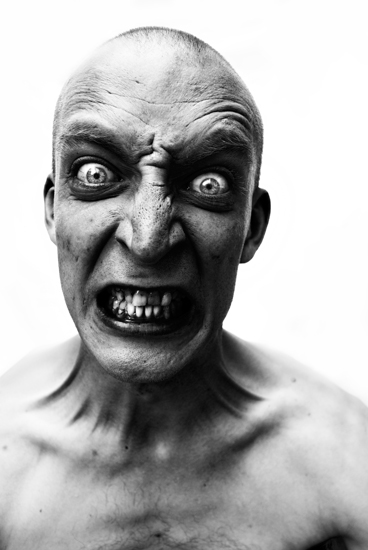 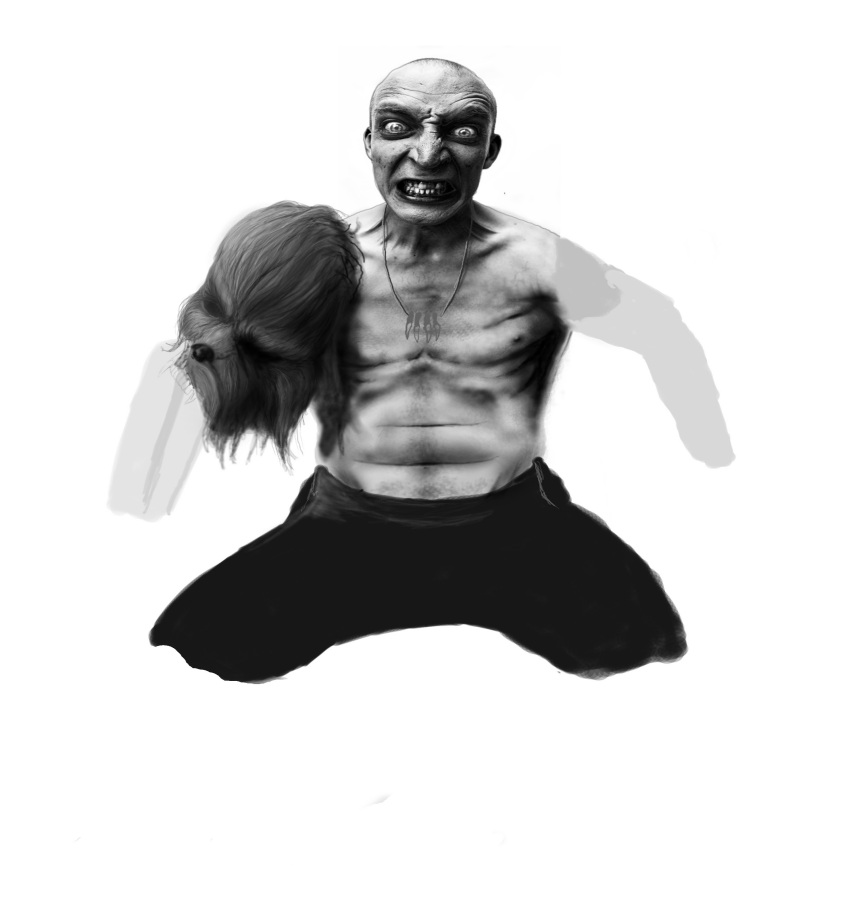 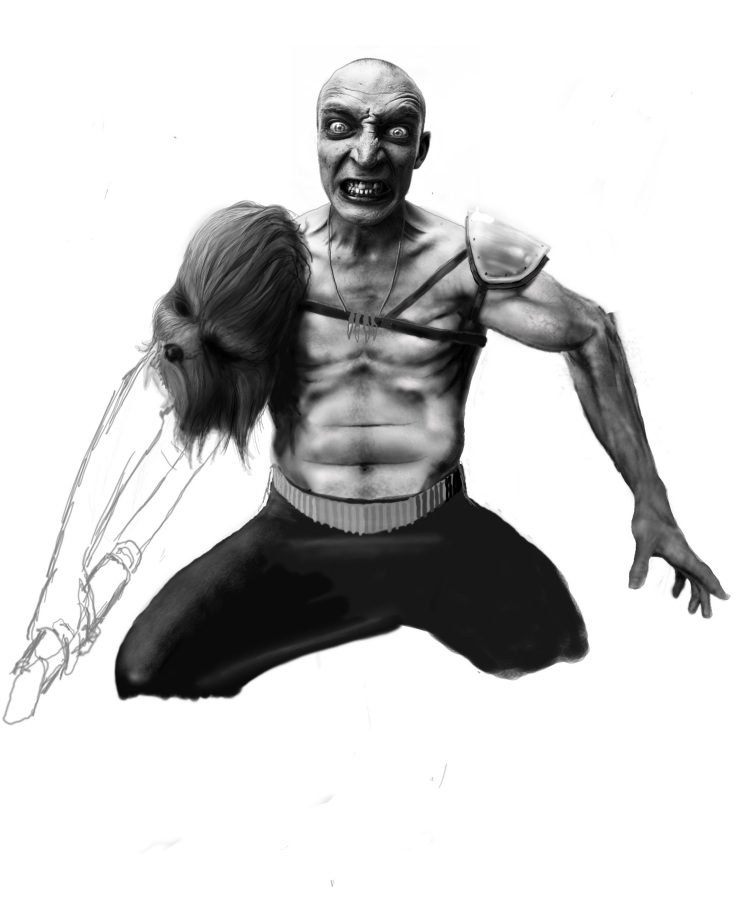 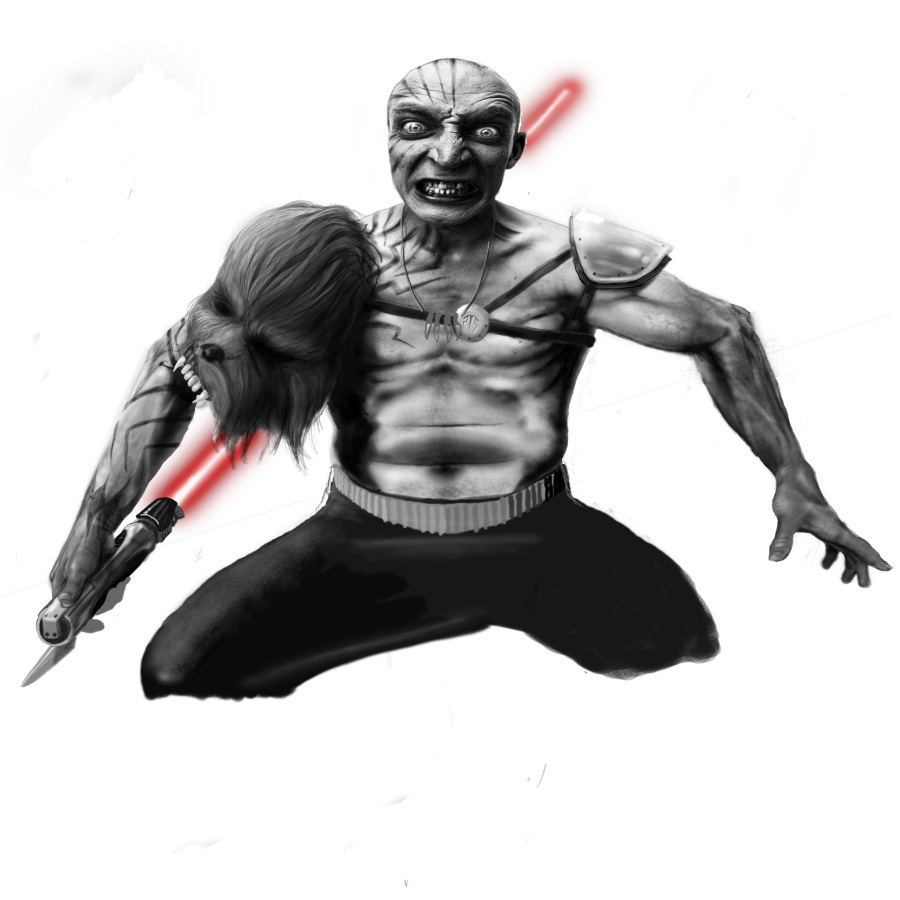 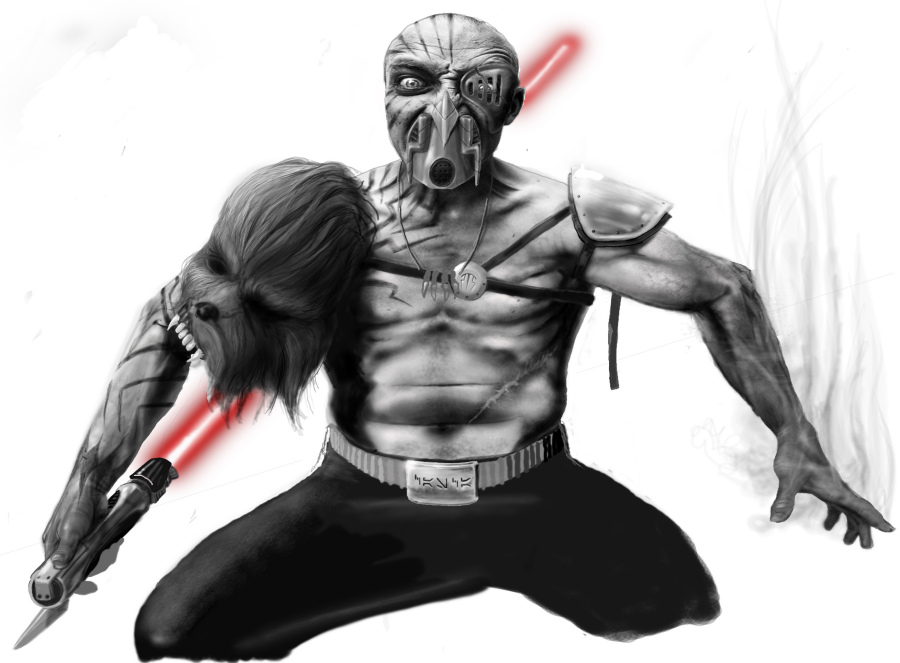 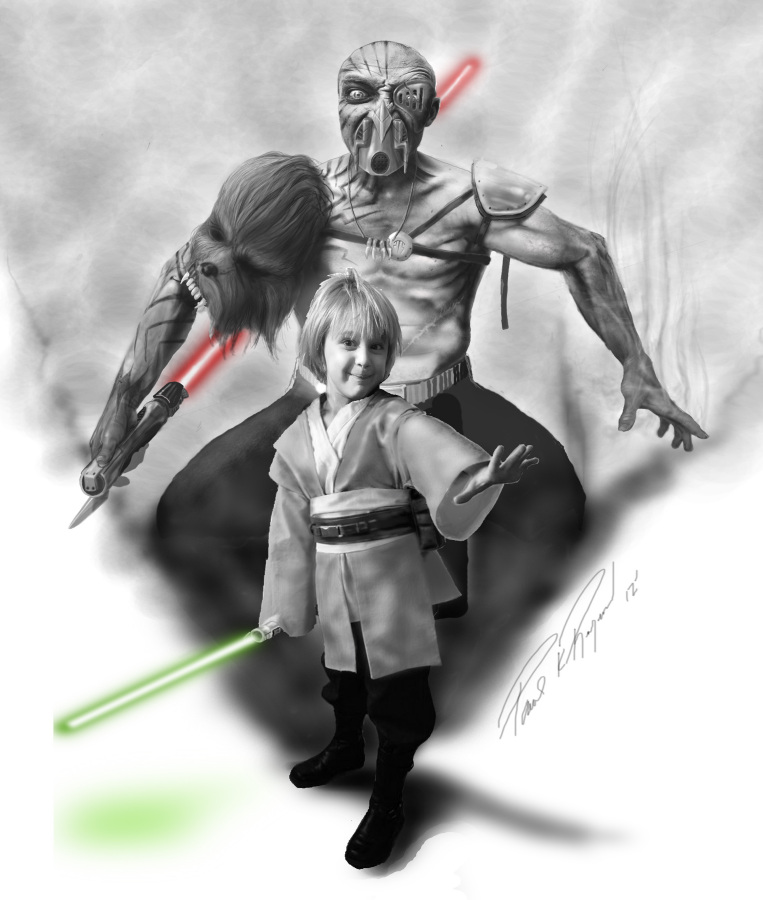 I was stumbling the internet and found a pic called Angry Man by Daneille_T. It reminded me of a request I did for Rozali of a wild ( rough) Sith.

I began drawing on it and just kept going. I stayed with the black and white. Keeping the pic up has made me work on the details more, I needed that. I may be sticking with the black and white style. I like working withing the grey scale. And this is the first pic I have used anything other than the simple round brush. Normally I just adjust the flow to get shading, the speckled brush is great for skin. Trying all kinds of thing on this poor guy.

Anyway, In my version of the story, Zik was not killed by a Jedi. He was instead left for dead and survived. I am having fun adding new little things on him. Thinking of going with a robotic leg. Most of it was to cover up mistakes. The left shoulder looked odd so he got a shoulder pad, that lead to straps. Also keeping the lightning bolt theme through out ( tats, breather, symbol on chest). I am even enjoying putting little imperfections on the skin.

If there is anything you can think of a Sith trapped on Kashyyyk should have or be carrying please suggest. I am working hard on this, but so far it's the best I can push out. I am trying.

Daneille T wanted a link to the pic Angry Man. I say why not let you see all her great stuff. so here's a link to her flickr

Haha, is there a entire Wookiee attached to that vicious bitey head??

Can I just say that I love how you signed it? Because I do love it.

Thank you Michael. I knew someone would notice..and my roomie said no one would. She's a trooper though, made her hold a flash light so I could draw the lightsaber hand, just had to fill out the details with my own hand. She puts up with alot.

Asok, There used to be a Wookiee attached. I need to matte the hair more, unless he brushes it. Would need to change that out frequently in a swamp cause Eeeww. After reading up on some of the residence of Kashyyk, you'd almost have to hunt Wookiees cause everything else is to dangerous.

That is awesome. I wonder if there's a Wookiee running around with a preserved human head for a shoulder pad.

Frakkin' cool, Casca!! Very nice rendering technique you have going on. I'd almost like to see the tattoos a little darker on his right arm... looking top-notch otherwise!!!

Grendeljd, The first pic is the one I downloaded, everything besides the face you see there is just shading on the white background. It's the same thing I used on everything else just black and white and paying a little more attention. Thank you.

The new version adds a pic of my bosses kid I did for his birthday. I call it.." It is your,destiny." Just say it like Darth Vader in your head and it works.

Hello!
I was just revisiting the website, and I am welcomed with a great present. This is so cool, Casca!
Wow, its great to see you coming back to it. And the twist on the character has in my opinion made the character more thrilling! Especially the Left for dead thing. Great. Really impressed me.