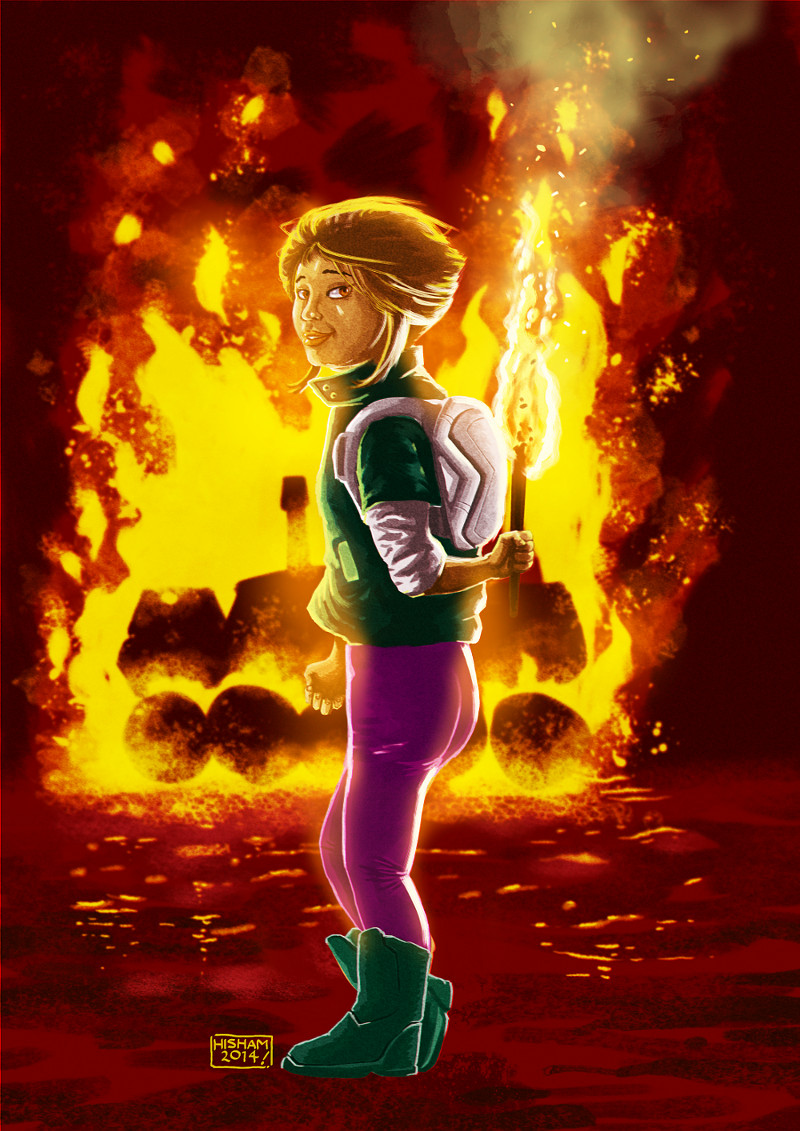 The Kid template Alysia Akazz was played by my sister's best friend in my first ever Star Wars RPG campaign back in '89, and a 9-year-old pyromaniac. (The HAVw A5 Juggernaut in the back might or might not have been incinerated by her.) Named after "A'kazz", the schenor sapiens, who appeared in the 1st edition rulebook Adventure Ideas section. I only drew her when the campaign reached the Thrawn trilogy era. By that time she was already a teenager. This is the first time I've drawn her as she first appeared as a "kid".

When I saw this, I immediately thought of my young nephew.
I'm not sure if I should be concerned...

So that's how vader caught on fire! It wasn't Luke after all....

As a teenager, she wears a floppy beret and has a t-shirt that reads something like I'M WITH STUPID. I forgot the actual words. The player's own choice!