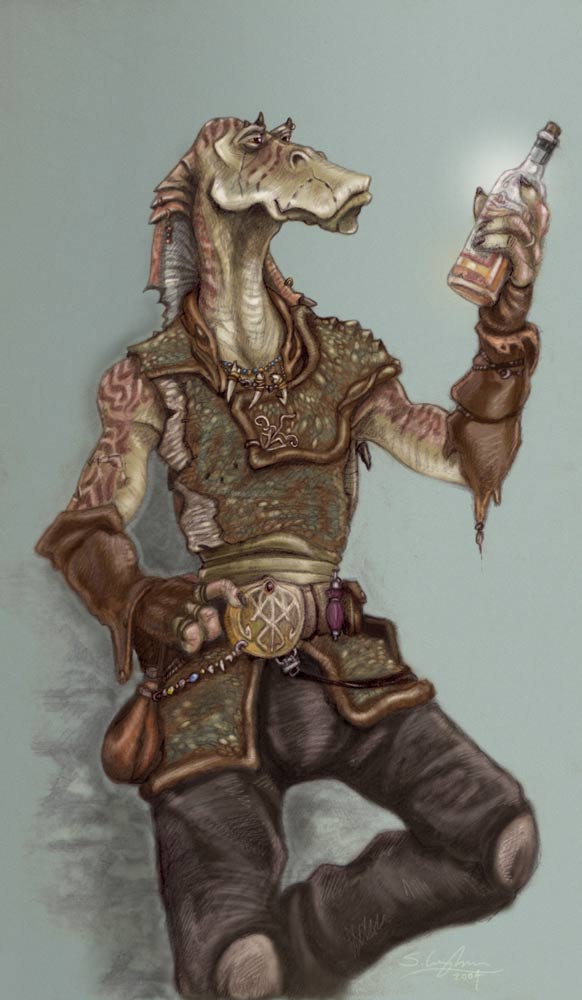 There was a time when travellers through Naboo's oceans and core had more than just Opee sea killers and Sando aqua monsters to worry about. For many years bands of viscous Gungan Pirates lurked in the depths, waiting in ambush for unsuspecting subs shipping freight between the Gungan and Naboo cities.

This is one such Gungan pirate, who would become part of legend when he teamed up with a human, the infamous Knol Graf, to smuggle illegal liquour during Naboo's century-long period of enforced prohibtion.
Using his stolen Gungan Freighter, extensive knowledge of the planet core and of piratical movements and tactics, the pair became the most successful 'moonshiners' of the time, creating a reputation that Knol Graf would later build his Naboo Whiskey empire upon after prohibition ended. (Ref. Harloth Graf - Knol's descendant.)

I love this image! I think Jar-Jar ruined it for the rest of his race, so to see a bad ass Gungan picture makes me smile. Great Work!

This is awesome ;)
Always been a fan of Gungans ever since I saw Captain Toppas. Hated Jar Jar :) But who didnt lol
Great work, look forward to seeing more from Jawastu