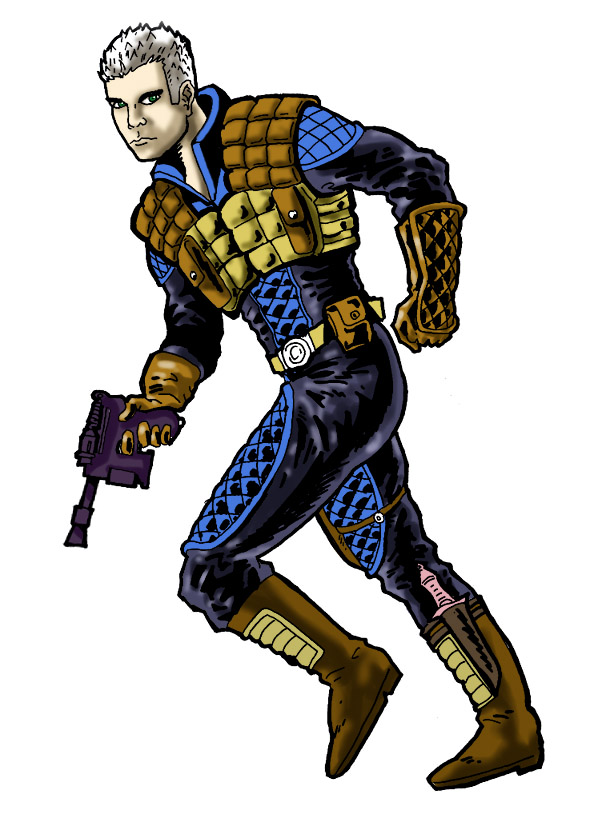 Kit Solda is a spy/thief that was requested by Kenny "strikerkc" Clark on the Holonet Swag Forums. Sneaky little character, according to his player!

'He sneaks past guards when he can, but is willing to knock one cold when need be, but tends to use lethal force only once it has been used on him. This guy may be racking up the Dark Side Points, but hey, that's life.' - strikerkc