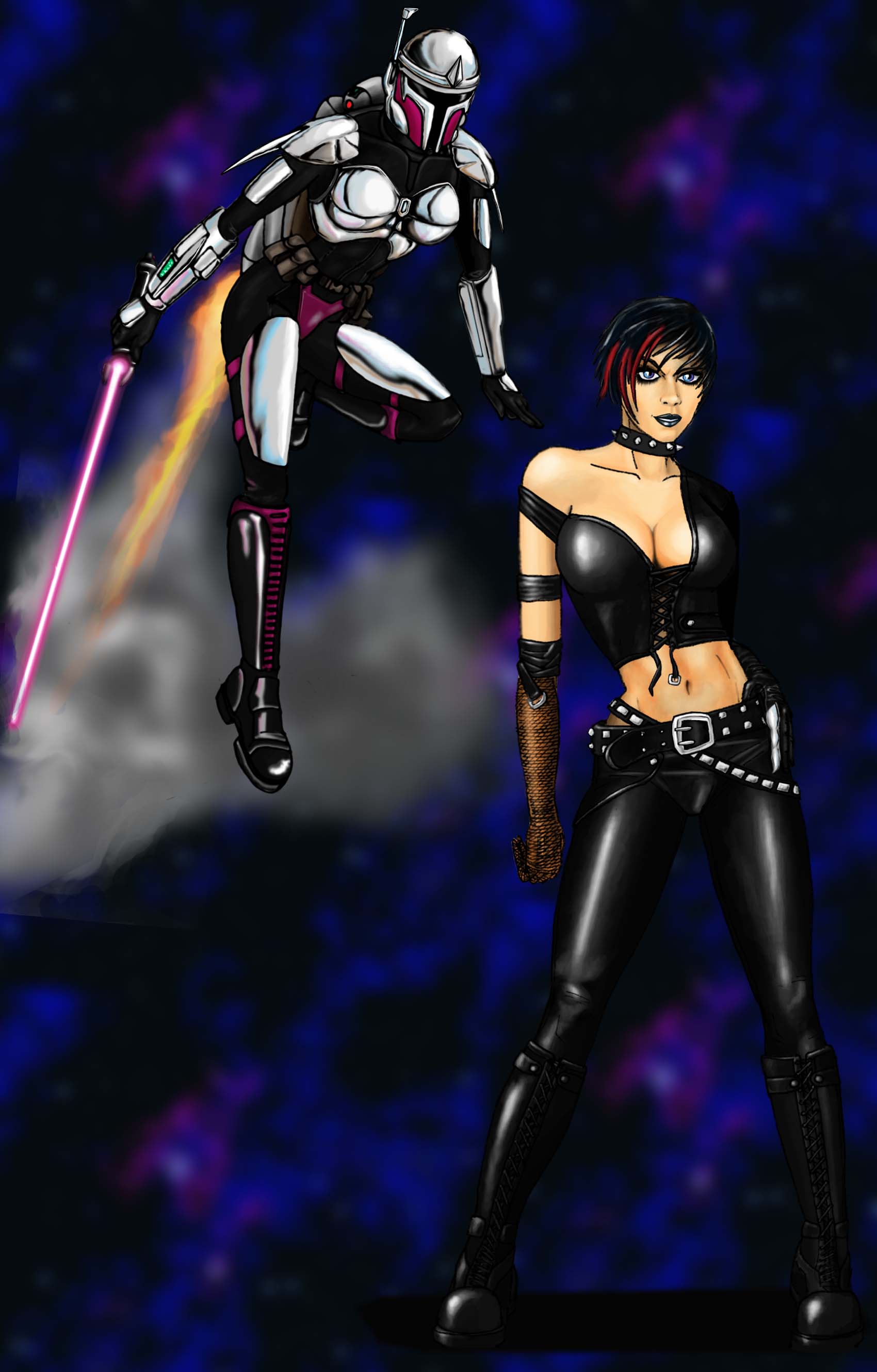 Little's known about the origin of Malice. She doesn't boast of past accomplishments. She doesn't parade around trophies. She hardly even speaks her name. Yet she's feared all the same. Jedi Knights and Masters alike have fallen by her blade. It's speculated she was once a Bounty Hunter, successful one too. Until the Jedi killed her lover, pushing her into the Darkness.

When not scouring the universe of Jedi, Malice slips into the guise of Vixen (AKA Vix), the hard rocking lead vocalist of the band called 'The Dark'. With lyrics praising the deaths of Jedi, and glorifying the Sith, 'The Dark' are criticized immensely by most governments, yet are an overwhelming hit amongst younger demographics.

Very neat job, man! I love the custom design on her Mando armor. Your shading and colors are spot-on, very well done!

//Shadows are but the shape of light...

Wow! Very well done. I especially like the pose on the right.

Ugh, you got it all wrong!

Anyone have Saga Ed. stats for this hottie? I'd love my PCs to check out The Dark and maybe become unsuspecting groupies for a night! :)

I just drew her. You'd have to talk to the requester. 'Malice' for anything as in depth as that. She has put up a fairly extensive description in the request thread though.

I don't know about "love", but "lust" works. She's definately not the tye of girl you would take home to momma.