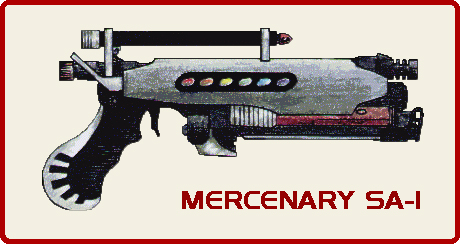 At first glance, the Merr-Sonn Mercenery looks like a very intimidating, and far too expensive heavy blaster pistol. But it’s actually one of the most versatile and practical weapons on the market. Full of secrets, it’s often looked for by the good, the bad, and the generally disreputable equally. It’s a little expensive to buy in large amounts, and it often finds its niche among freedom fighters who can’t afford to carry around several different weapons, as well as among freighter captains who feel they need a status symbol.

There is no overkill. There is only "Open Fire!" and "I need to reload."