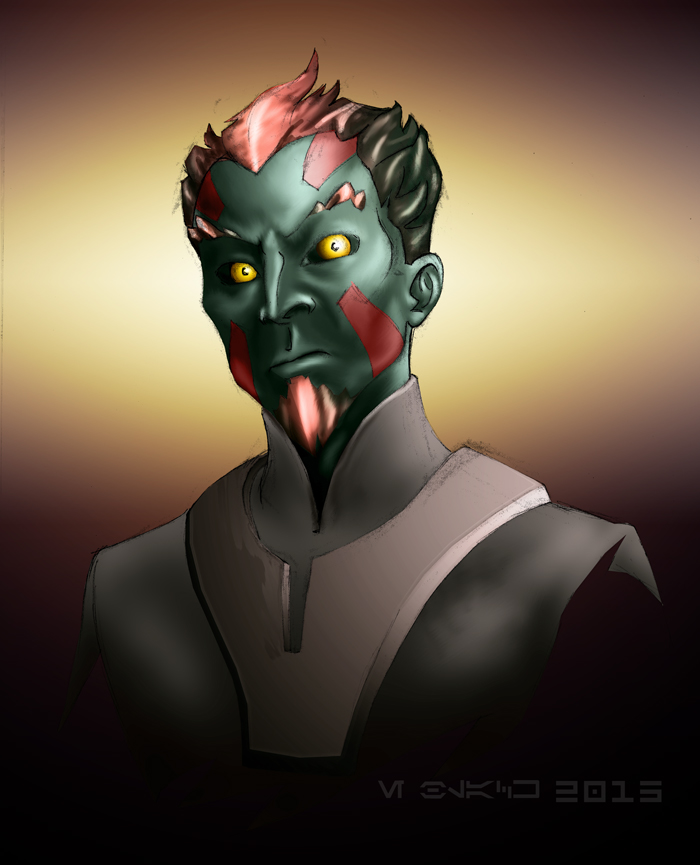 Within the echelons of the Inquisitorius is a being that, despite his unusual proclivities, is regarded as one of the most effective Jedi trackers alive, not only because of his skills with the Force, but for his success in turning many to the cause of the Empire.

While his homeworld parleyed a peaceful arrangement with the Empire, Ptilonor embraced the New Order wholeheartedly, expressing a zeal and ambition found only among the staunchest Imperials.  Marrying Palpatine’s rhetoric of peace with his own Plamennik pacifism, Ptilonor is not only adept at accomplishing his goals with a minimum of violence, but also a master of a martial arts style designed to disarm and even turn attackers against themselves.  His ironically passive aggressive outlook has stymied many of the few remaining Jedi, and has even won entire systems to the cause of the Empire.

I myselfhave tried a similar method of traditional pencils and inks, coupled with digital colors, but It's never been too cooperative with me. Any tips as to how to get rid of stray pencil marks? I don't have photoshop, though. I use the free software that came bundled with my tablet: Autodesk Sketchbook Express.

The eyes give me chills!  Well done.