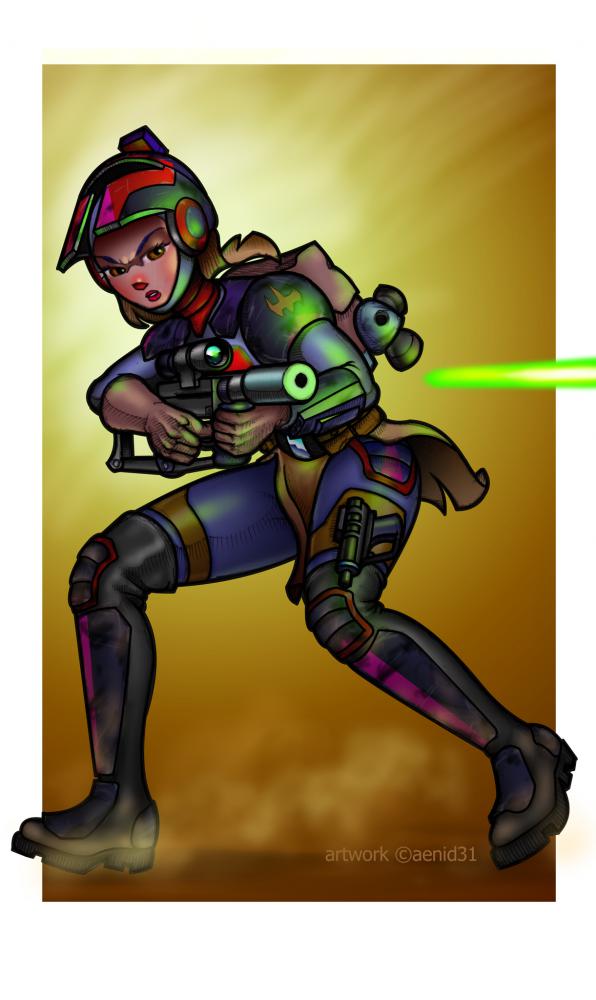 His request stated that 'she hasn't modified her armor heavily yet' with future intentions to do so. I took the liberty of modifying her helmet to be more of a visor and lightening the body armor to be more 'Sabine' like and followed his requested colour guidelines.

Being a merc for hire, I imagined the contract complexities as well as the fragile alliances and trusts that must come up between employer and employee, so as per my usual, a story follows:

Dire times. Though lucrative, there were times where the staggering amount of pay would put into question things not of her concern. Not worrying about it would bring about strange consequences. Shyra wasn't force sensitive but she could sense strange vibes when entering a cantina or spaceport looking for work. Contracted there, the jobs never came out as clean as she had hoped, once having to scramble to get off world with blaster scorches marking her footfalls.

She thought she didn't have a conscience but she started noticing oppressions effect on people and victims slowly churning in her stomach.
Sooner or later, she would have to take a side...

I like the way you have the helment flipped up on a hinge over the ear just like a motorcycle helmet or Ironman's faceplate.  That is really cool. :D

Love this piece. Vibrant colors, lots of action and a unique coloring style!