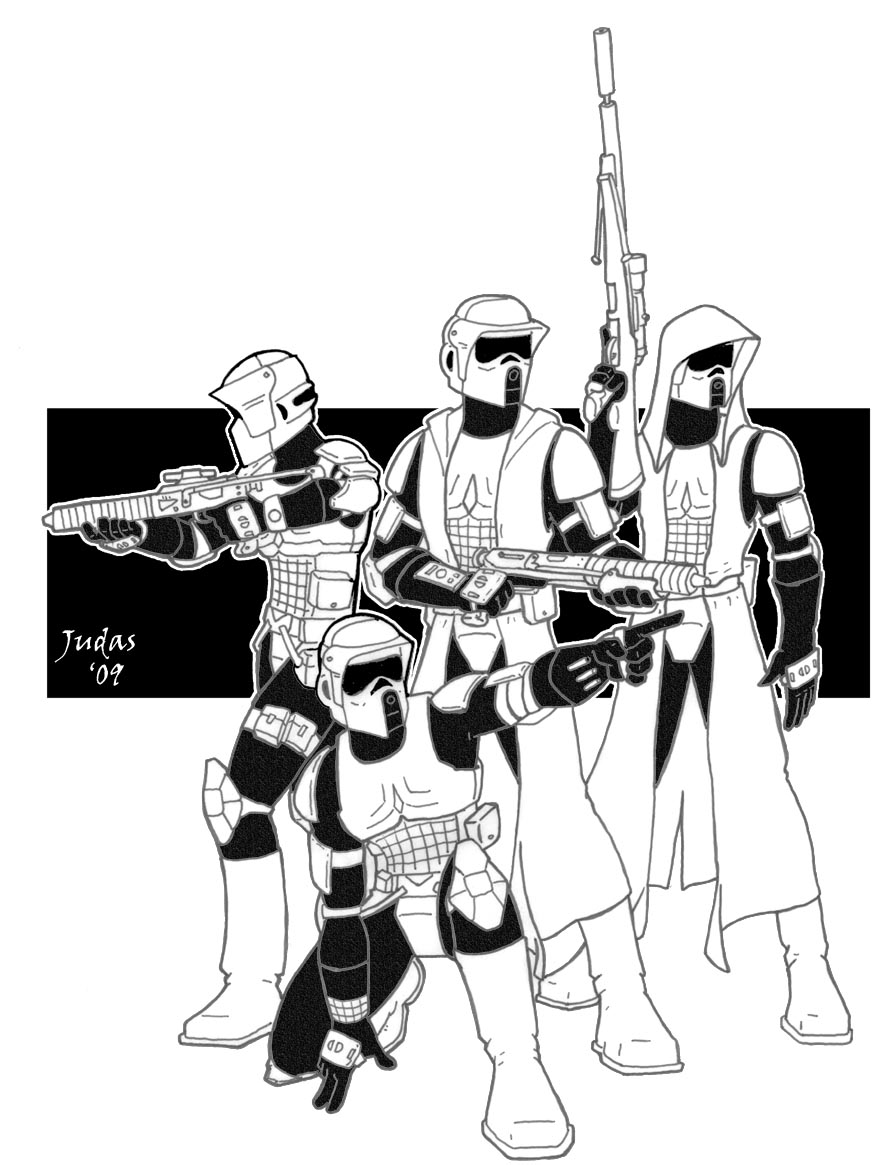 Clockwise from left: Techs, Burner, Hyde, and Prowler. They are a top secret, long range recon patrol. They specialize in operating for extended periods without contact from the Imperial military. Their job is to observe and, if possible, quell potential threats to the Empire on remote worlds.
Being constantly cut off from Command has led to their interpretting their orders is less and less Imperial minded ways. They have begun viewing the Empires citizens as more important than the Empire itself. As a result they often find themselves forming uneasy alliances with Rebel units to protect civilians from other threats.
I kind of think of them as the G.I. Joe team of the Imperial military.

this is great! way to give character to biker scouts!

it's true that, as individuals, we can't change the world. but if we band together, and lock arms in a line, we can play "red rover, red rover." -nick decamp

Wow! This is great, man!

Flippin 'eck. Judas is back in business.

Thanks, guys.
It took me twenty years to complete. And I did it all laying on my back.
I sure hope the Pope likes it.

I was thinking less GI Joe, and more A-team...

Well, they do have to drug Prowlers milk when it's time to get him on the dropship.