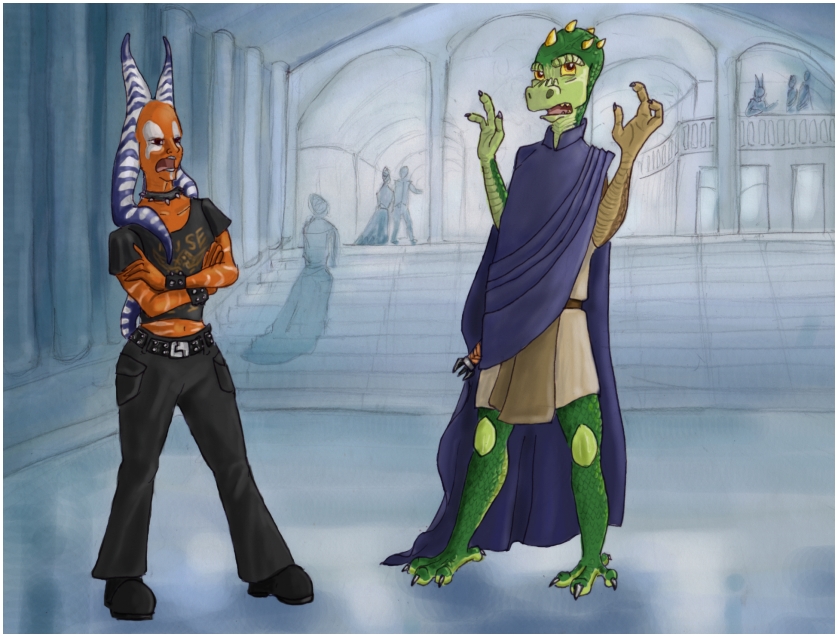 So, with Klopan having abandoned the squad, his player was in need of a new character.

Enter Shara Thy, a teenage noble Togrutan martial artist with some serious attitude. She also happened to go to school with Tusserk back on Alderaan, but had always been way too cool to hang out with that gross dorky lizard guy.

Her family were always very supportive of the Jedi Order, and remained so even in the aftermath of Order 66. Shara grew up to become quite the secret Jedi fangirl and Clone Wars buff. So when she caught wind of the fact that the alleged group of Force users- and one of them, like, was totally meant to be an ACTUAL Jedi Knight!-- that was wanted by the Empire was actually going to be stopping by the Organa household, like oh my gawd, she wheedled and pestered until her parents agreed to arrange for her to actually MEET them.

When she discovered exactly WHO the Jedi Knight was... well...