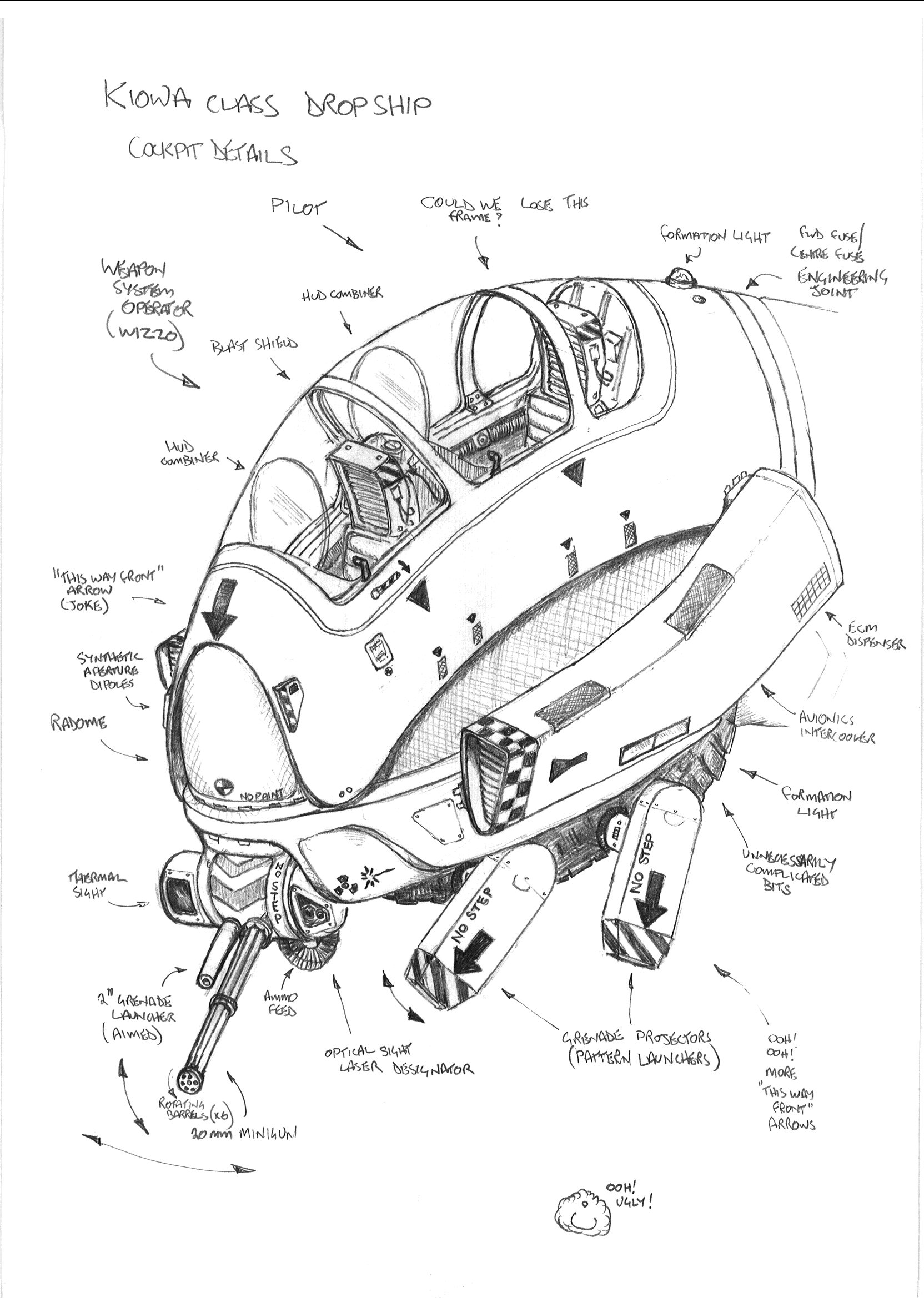 This is the first of a series of sketches for the design of a cockpit for a troop dropship. This drawing is based on a very rough sketch that a fellow gamer gave me, asking for help in resolvign a few details. It quickly became apparent that there were a few problems with this first cut of the design. The next drawing was a much better go at it.

In the Star Wars Universe this is known as "greebly dressing", basically bits of junk glued onto sets and props to make them look complicated. "Alien" has a lot of kit bits (sprues and all) glued to instrument panels to make them look high-tech and futuristic. The control panels that Ripley opertes in the Narcissus near the end of the film have lots of model kit sprues all over them.

The circular bulkheads in Princess Leia's blockade runner (in the corridor where she loads the message into Artoo) have vaccuum-formed crown gears from a truck differential stuck on them. The control panel at the back of Millenium Falcon's cockpit is covered in switch tops from RadioSpares.

The X-Wing and Y-WIng fighter models used in Episode IV use lots of fairly recognisable bits - the engine pods of the X-Wings are third stages from the Airfix 144th. Scale Apollo Saturn V kits, the rear engine pods are engines from Revell 1/32nd scale Phantoms.

The greebly dressing got pretty big in Ep. IV. If you look carefully in the docking bay on Tattooine, you can see a couple of bright yellow streamlined road drill (jackhammer) compressors.

And there's an EVA pod from 2001, A Space Odyssey in Wattoo's junk yard in Ep I.

The bad news is that there is no key to the Universe. The good news is that it's been left unlocked, in a dark alley, with its engine running.