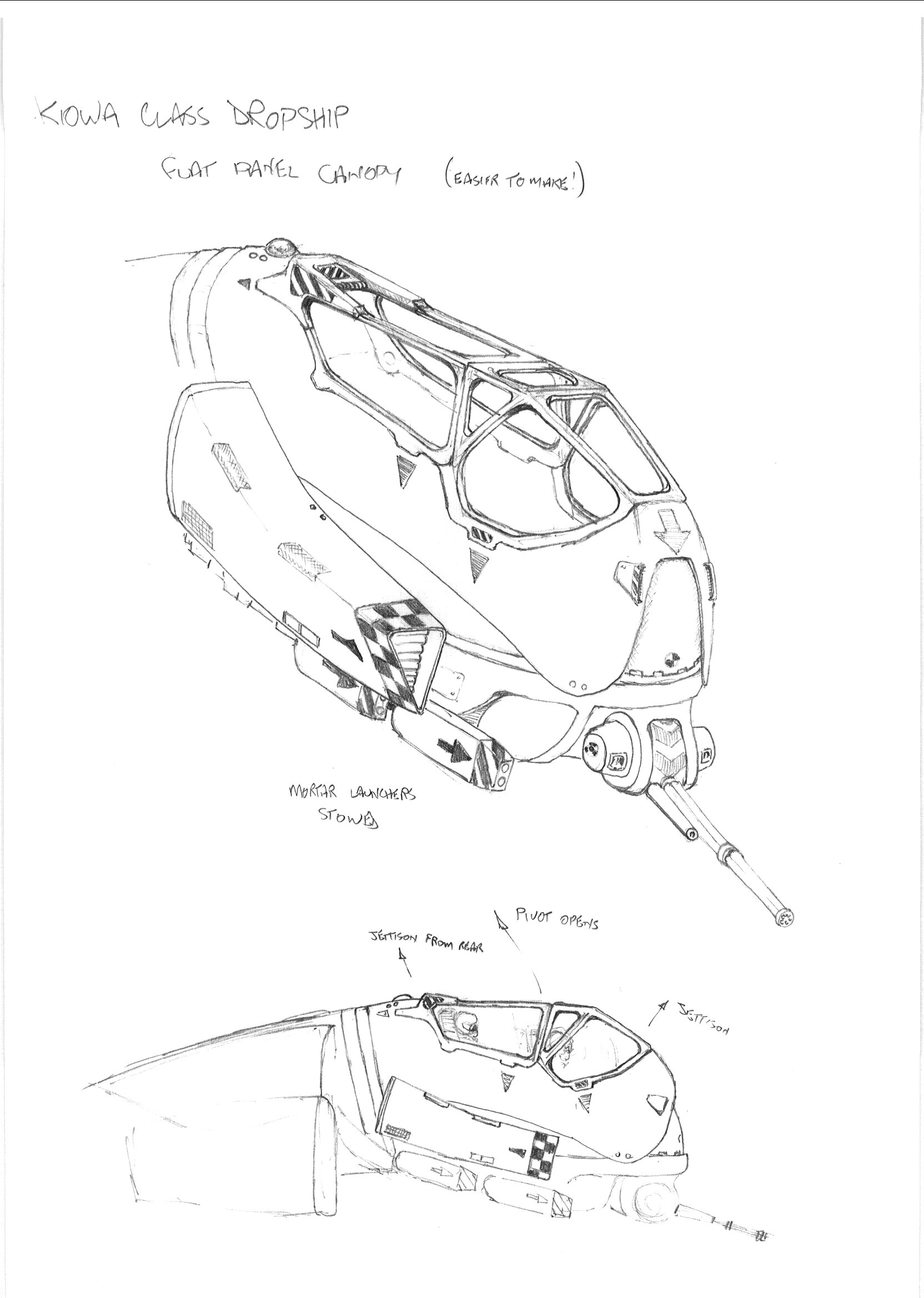 the final version of the design replaces the compound-curve canopy with a flat-pane-and-frame version, which allows for armoured transparencies and a much stronger canopy. I'm still not sure which I prefer, but if you were building a full-size prop for a feature film then this would be easier (and much cheaper) to make. Of course, CG lets you do all sorts of clever shapes, but I still rather like the idea of a prop you can sit in.

I actually even prefer the look of the canopy on this one as opposed to the others. Cool design.