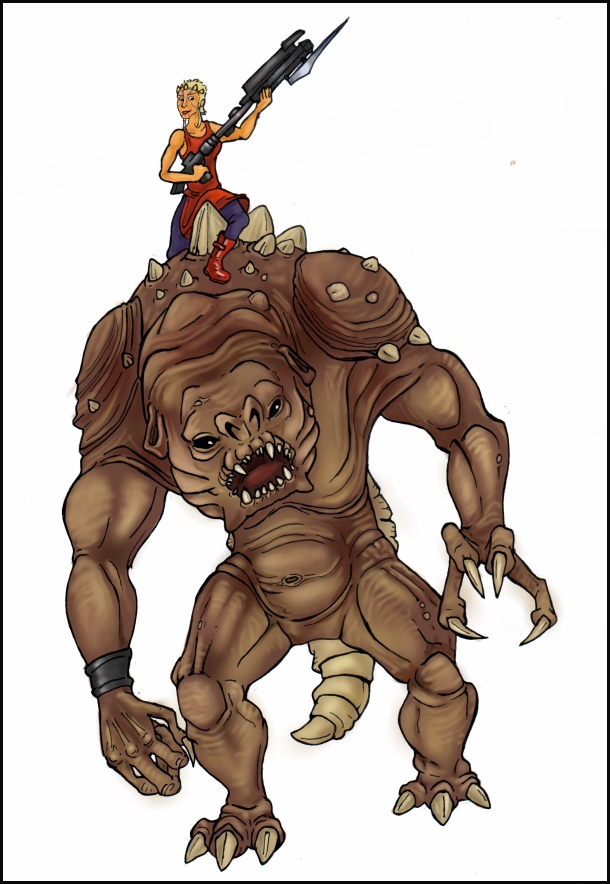 ...so, House Organa decided to send Omega Squad on a bit of R&R after the many ordeals they'd recently been through. But, the Squad being the Squad, did not end up relaxing so much as uncovering an underground slave racket/smuggling ring. It was a good thing Nimeq had spent that time on Dathomir way back when, because it sure came in handy having that rancor end up on our side of the battle!

Haha! Awesome! This reminds me of one of my first requests I ever completed on SWAG!

LOL! This is supreme! I thought the same as Drig, reminds me of one of his ooooold requests.