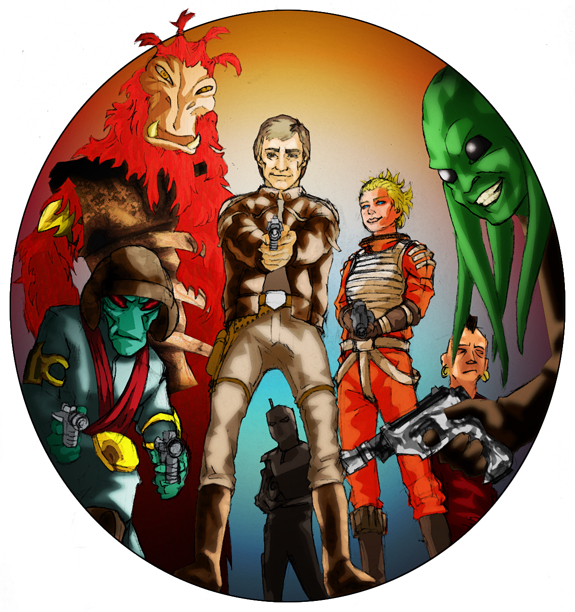 A latecomer for the Official Talk Like a Pirate Day. Walk the Airlock! Arr!

Haha! Too cool. Especially the Duros.

I'd like to see some more of these guys, did you do them specially for Pirate Day or are they based on existing characters?

Evan actually drew this up for an adventure I gamemastered back in November (of 2006). These pirates were searching for some missing compatriots at the same time that our Jedi were searching that area for pirates. At first, each group suspected the other of kidnapping their people, but they became unlikely allies, and eventually discovered that a mad scientist was actually to blame.