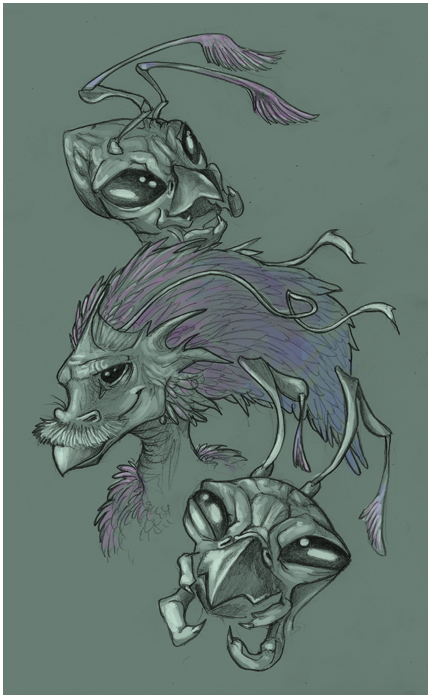 So, currently in our campaign we're stuck on Zygerria, which has experienced some sort of cataclysmic event that stripped it off all life. The only inhabitants are those who've crash-landed onto the planet after the fact (of course, we were sent to investigate by our Imperial supervisors), and so far we've discovered that technology no longer works, and Force sensitives can't access the Force. Oh and oxygen is a pretty limited resource. It's fun times!

Anyway, amongst the groups we've encountered thus far was a small colony of Fosh joiners, which was an interesting experience. There weren't any actual adult Killiks amongst them, so this drawing is more 'inspired by' the meeting rather than accurately representing what we encountered.

OH MAN I LOVE IT SO MUCH

Awesome sketching. I haven't done a drawing on toned paper in forever. Such a great technique if you can master it, which you've done here.